Santiago has an interesting climate. In the summer (right now) the temperatures during the day are generally in the 70s and low 80s and, at night, in the 50s and 60s. In the winter it gets significantly colder, but rarely drops below freezing (at least during the day). This climate means that there are quite a few palm trees used in landscaping, the city parks are full of them. The city is also surrounded by fairly large mountains, many of which keep their snowcaps well into the summer. These two characteristics combine to mean that in the early summer you can see people wearing shorts and t-shirts, walking under palm trees, in the sun, with snow in the background. Pretty cool.

Jen and I went for a walk along the river today. I use the term "river" pretty loosely here, it is really more of a drainage channel. The riverbed has been paved and, presumably, optimized for flood prevention, so the current is fast and muddy. What the river lacks in beauty, though, the parks and the skyline compensate for nicely, as you can see below. 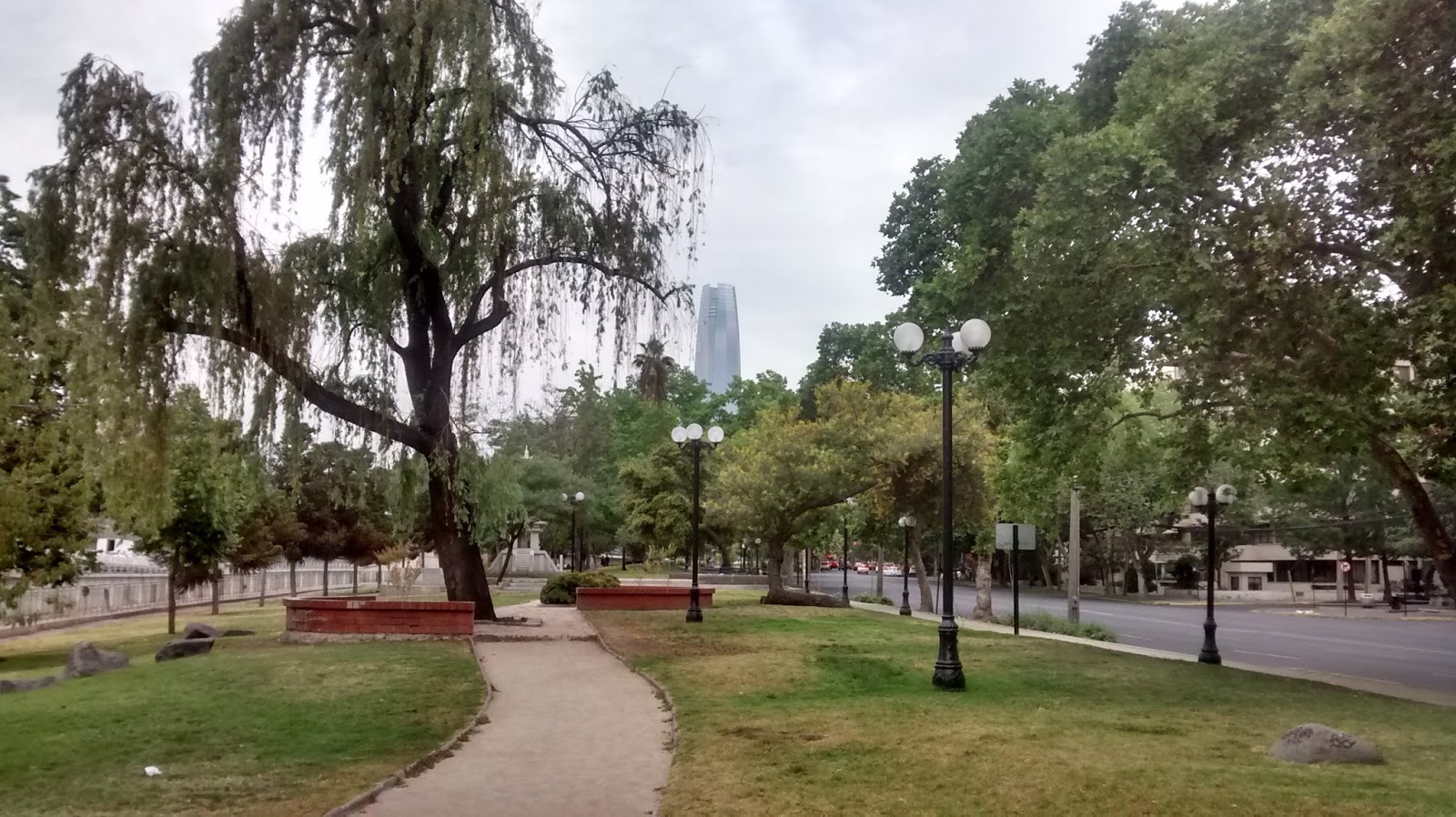 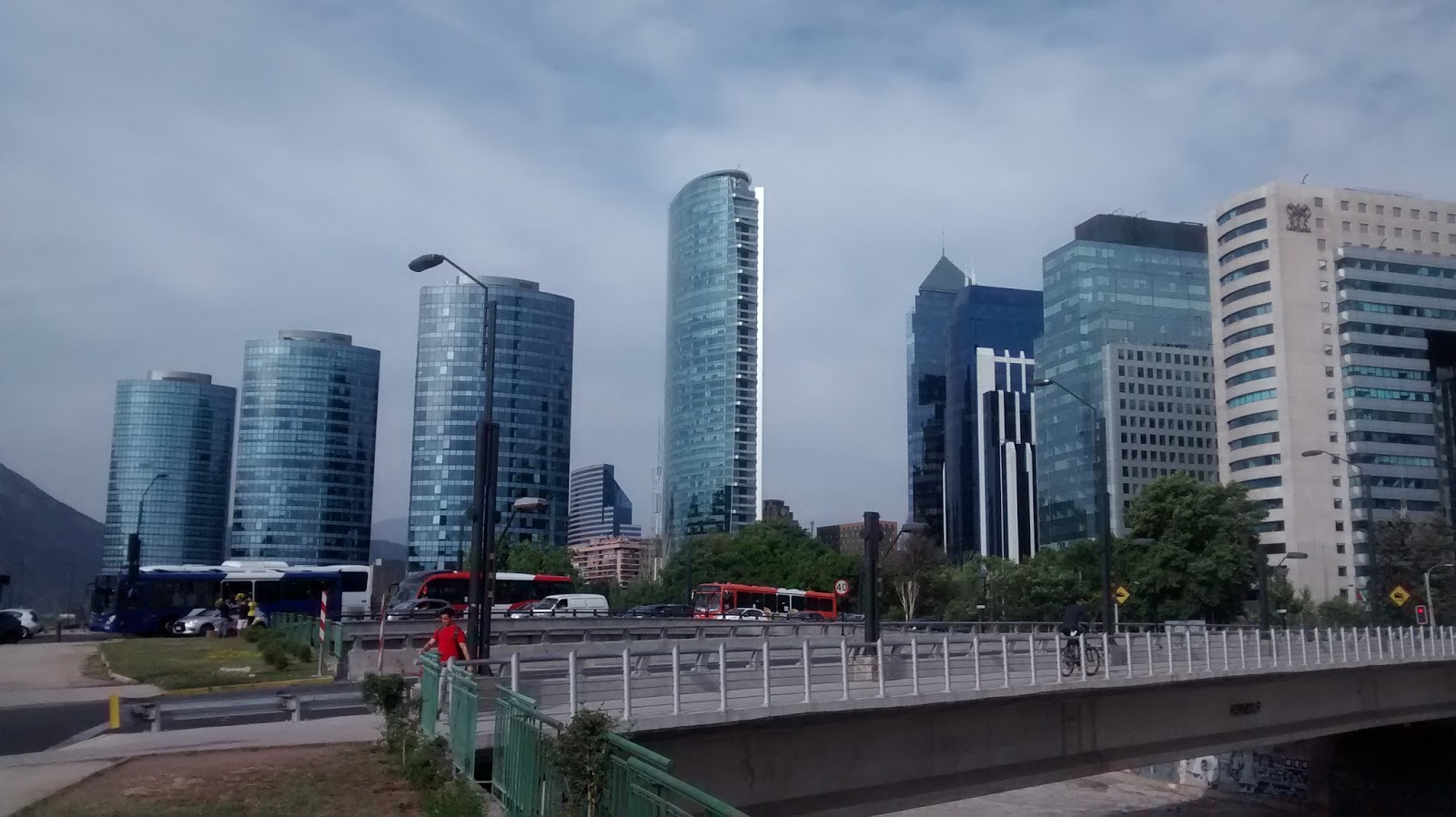 After our walk, we visited the underground grocery store which, as it turns out, is owned by Wal-Mart. I noticed a shelf of "Great Value" branded products (Wal-Mart's store brand) and checked the back of one of the packages to see if it was just a coincidence, clever rip-off, or actually a Wal-Mart product. Turned out to be the latter. I feel a bit worse about shopping there now, but maybe I'll get over it. 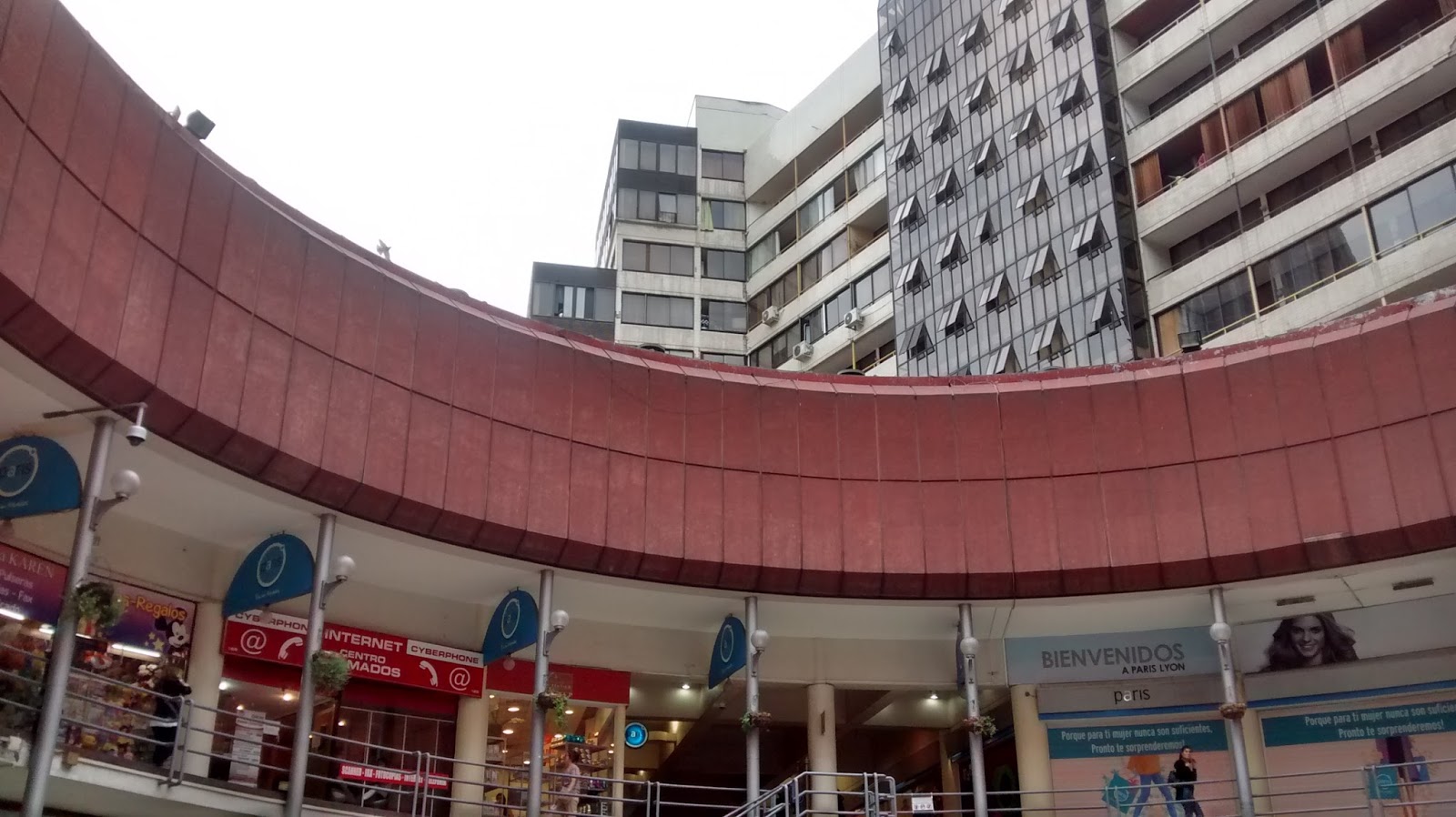 I took a picture in front of the store this time. Feels very weird being in a hole in the ground, but it is kind of interesting as well.
Posted by Unknown at 20:36