Will and I went out to lunch today, it was my first experience eating at a Chilean restaurant. Although I'm not sure if calling it a restaurant would be entirely accurate. It was really more of a storefront with some food available for purchase. It was delightful, though! Here is part of the spread that was available. I had the item in the middle, which was some kind of seasoned, breaded, fried hamburger and was quite tasty. 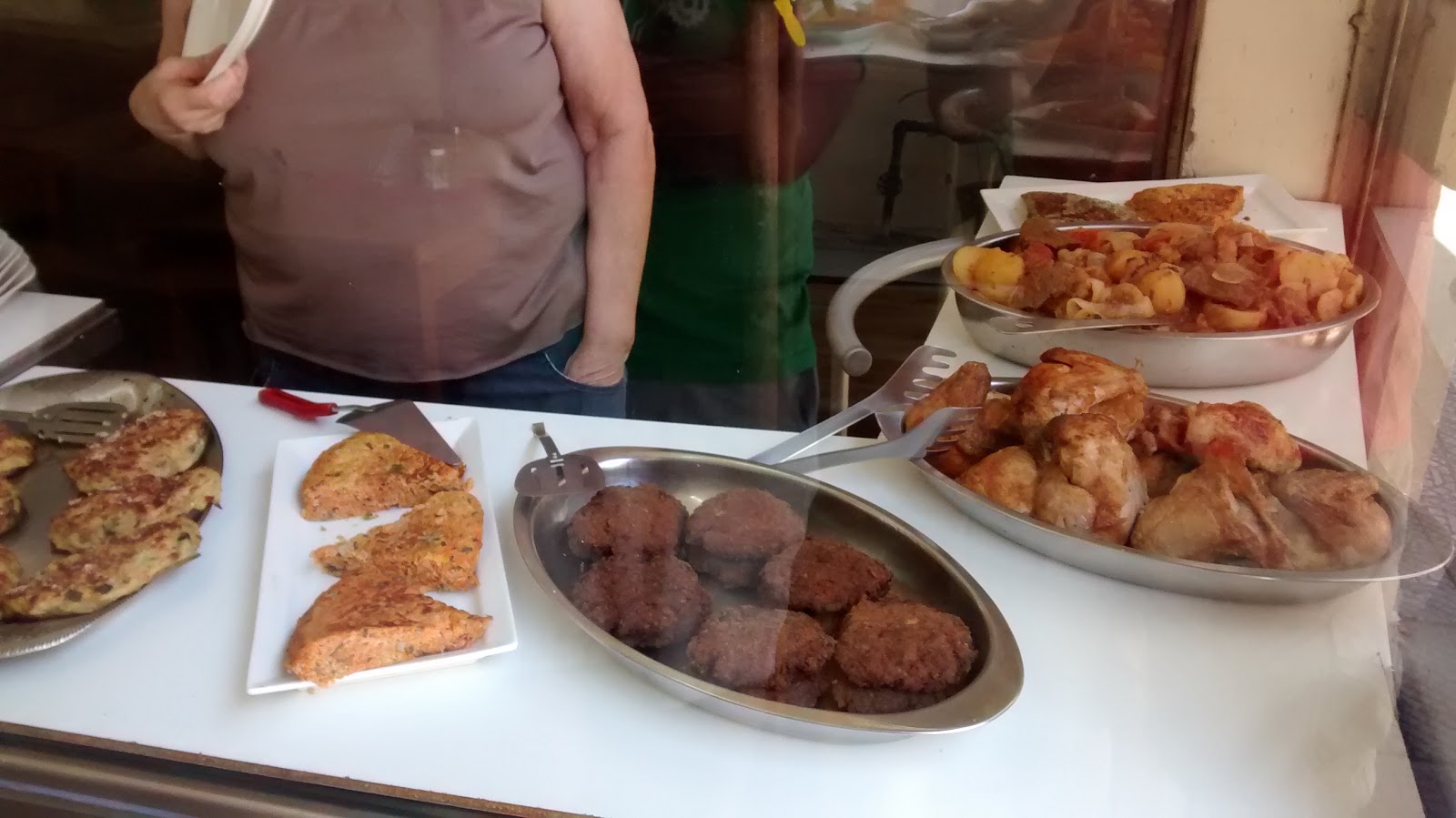 As you can see below, I also had rice with vegetables and a lovely salad consisting of broccoli and tomatoes. The meal also included some tasty bread, some kind of juice, and watermelon for dessert (although one of the people we were with said she has never been served dessert before, so that apparently isn't normal). 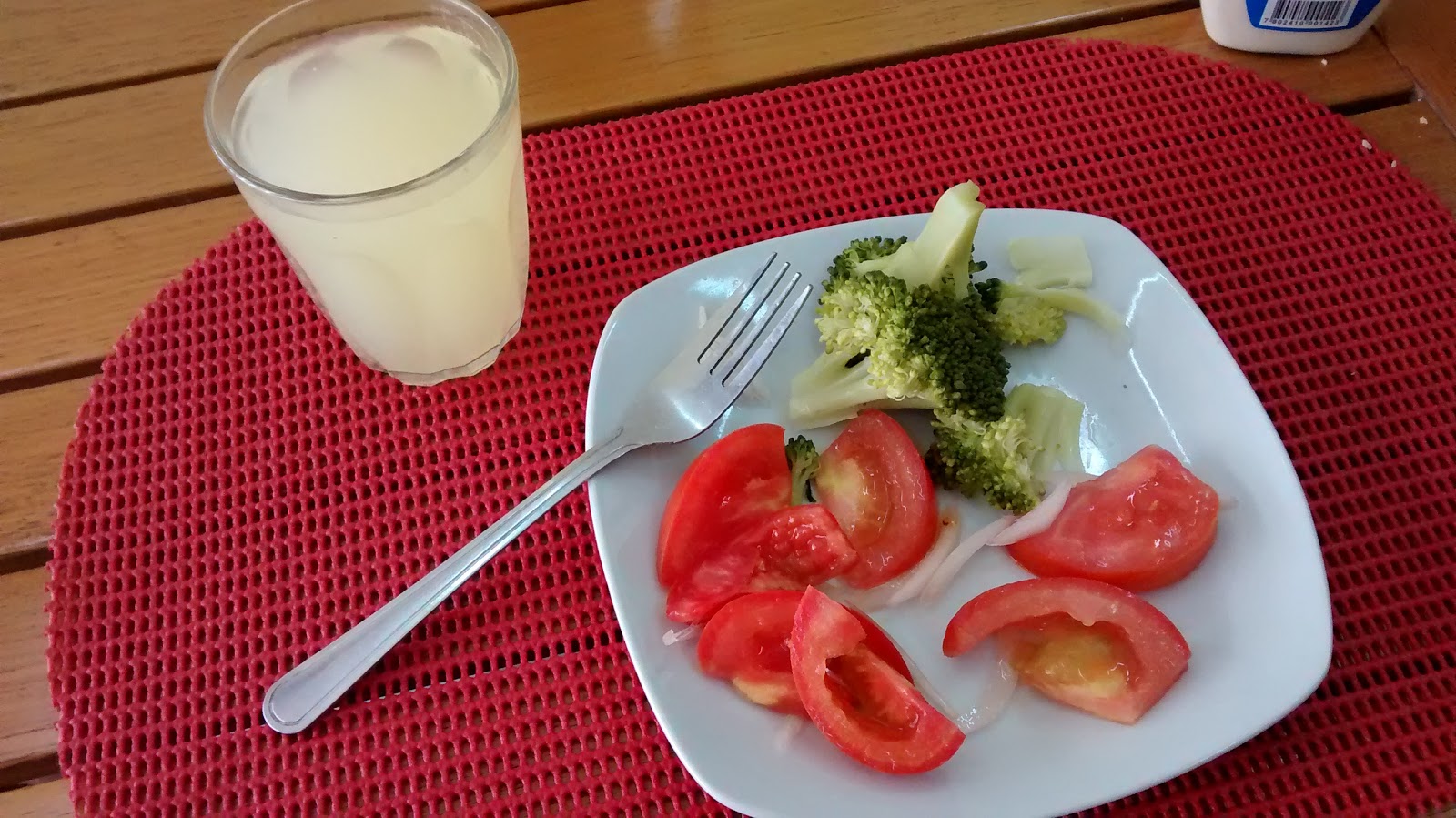 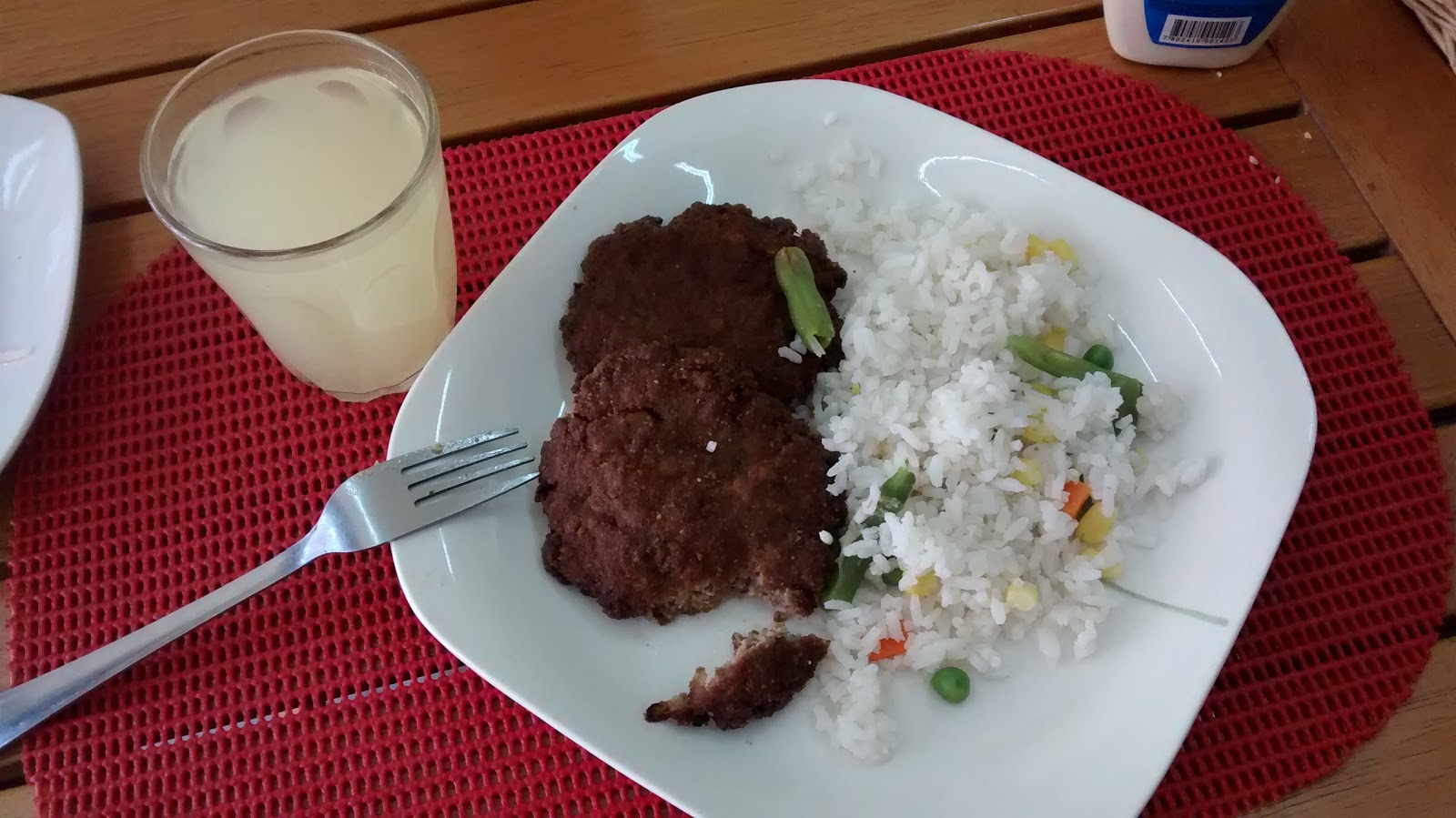 The entire meal cost $3,300 CLP (about $5.50 USD), not bad for a full meal. The best part of the meal was that we were shooed out once we finished eating because there were only about five tables and a line had begun forming. Very amusing.
Posted by Unknown at 20:25