As it turns out, Sunday is a pretty neat day in Santiago. They close a bunch of the streets for bicyclists and walkers and everyone spends time outdoors.

This morning we visited a produce market. We were greeted in English at one of the stands, so we bought some strawberries, cherries, asparagus, and avocados there since we could communicate a little better. We also got some peppers at another stand.

Later, Jen and I joined in the outdoor fun and walked over to Parque Metropolitano, a large park that occupies a small mountain in the middle of the city. It was an extremely pleasant, if crowded walk with nice views of the city.

The park features a Japanese garden, which is as tranquil as one might expect. There were also quite a few mountain bikers, which was kind of interesting given how large Santiago is. Jen tells me that the people here tend to have a "work hard, play hard" attitude, which probably helps explain all the accommodations made for cyclists. 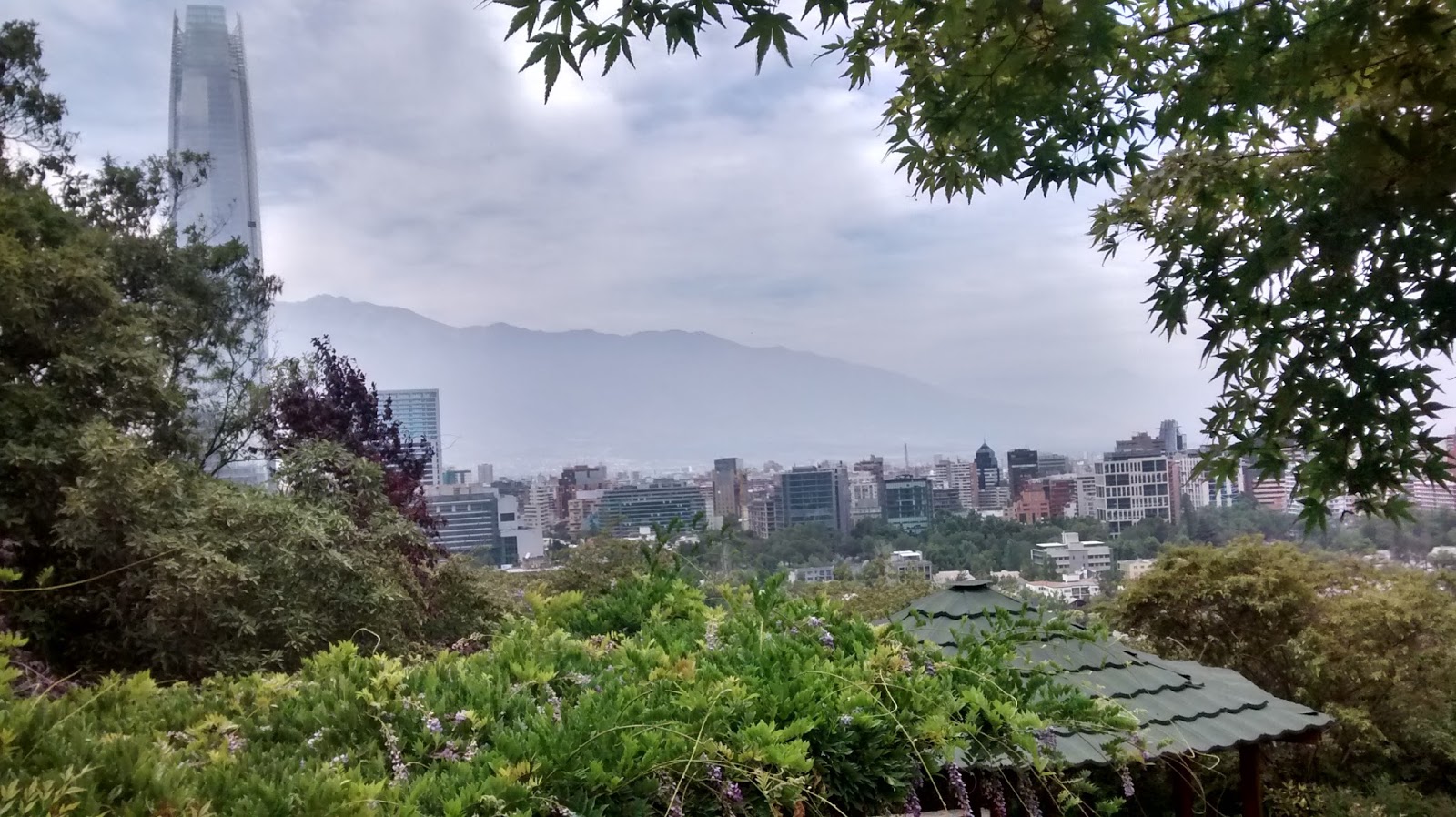 On our way back we saw an adorable dog. Jen told me it was a Chow. 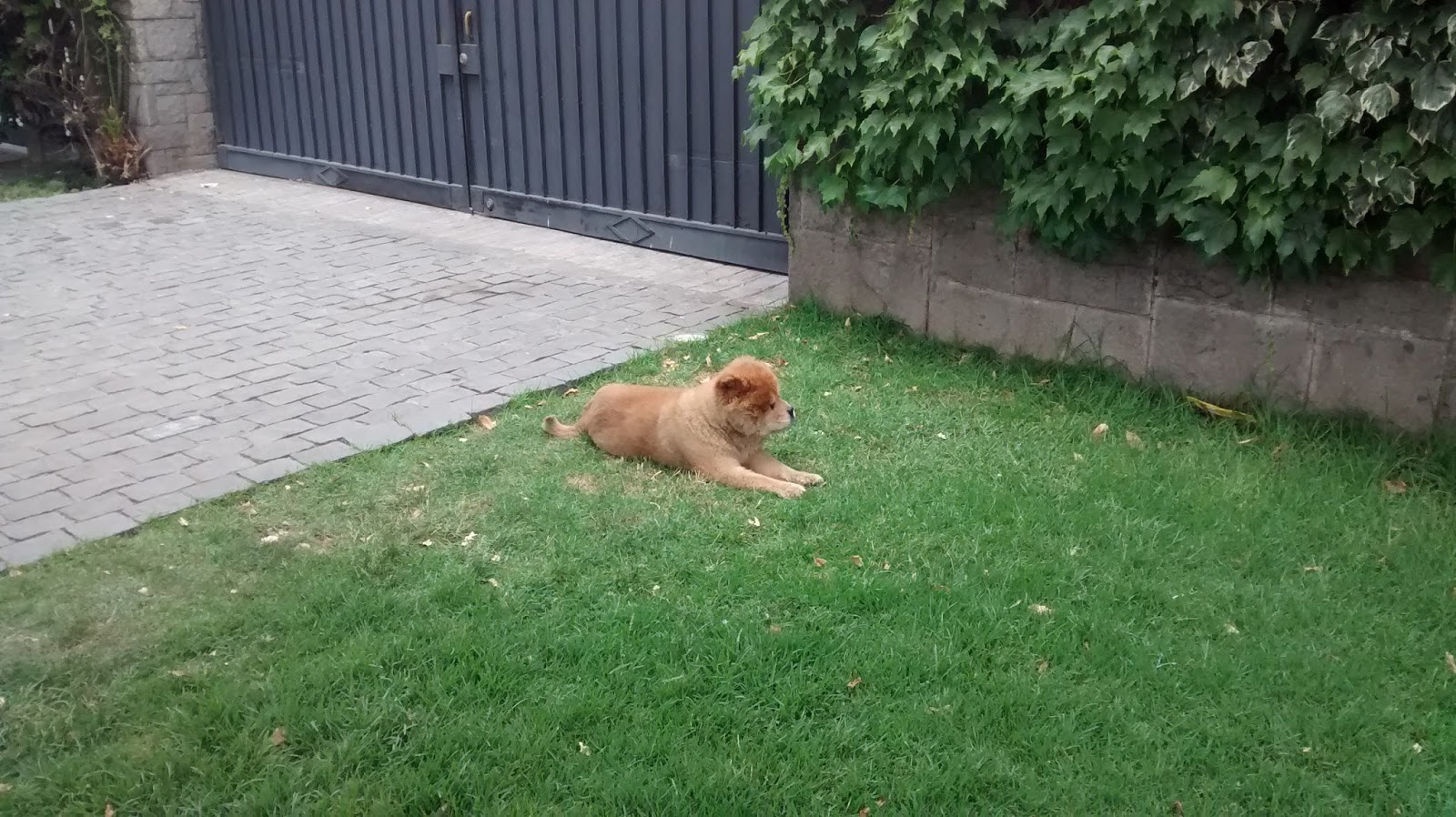