I haven't posted in awhile, partly because I'm lazy, but mostly because I've been pretty busy doing things I should have posted about...

First, as you already know if you read Jen's blog, we visited the lakes district a couple weeks ago. I didn't take many pictures because I didn't carry my phone very often, but I did take a few. Below you can see Villarrica, the volcano that erupted last week. The first two photos were taken on the lake in Villarrica (the town). The second two were taken at a burger place we went to in Pucon, another town near Villarrica.

On the left is Missy, Jen's sister, who was visiting for a couple weeks on her way back to the US from living in South Korea for a year. It was quite an adventurous year for her. 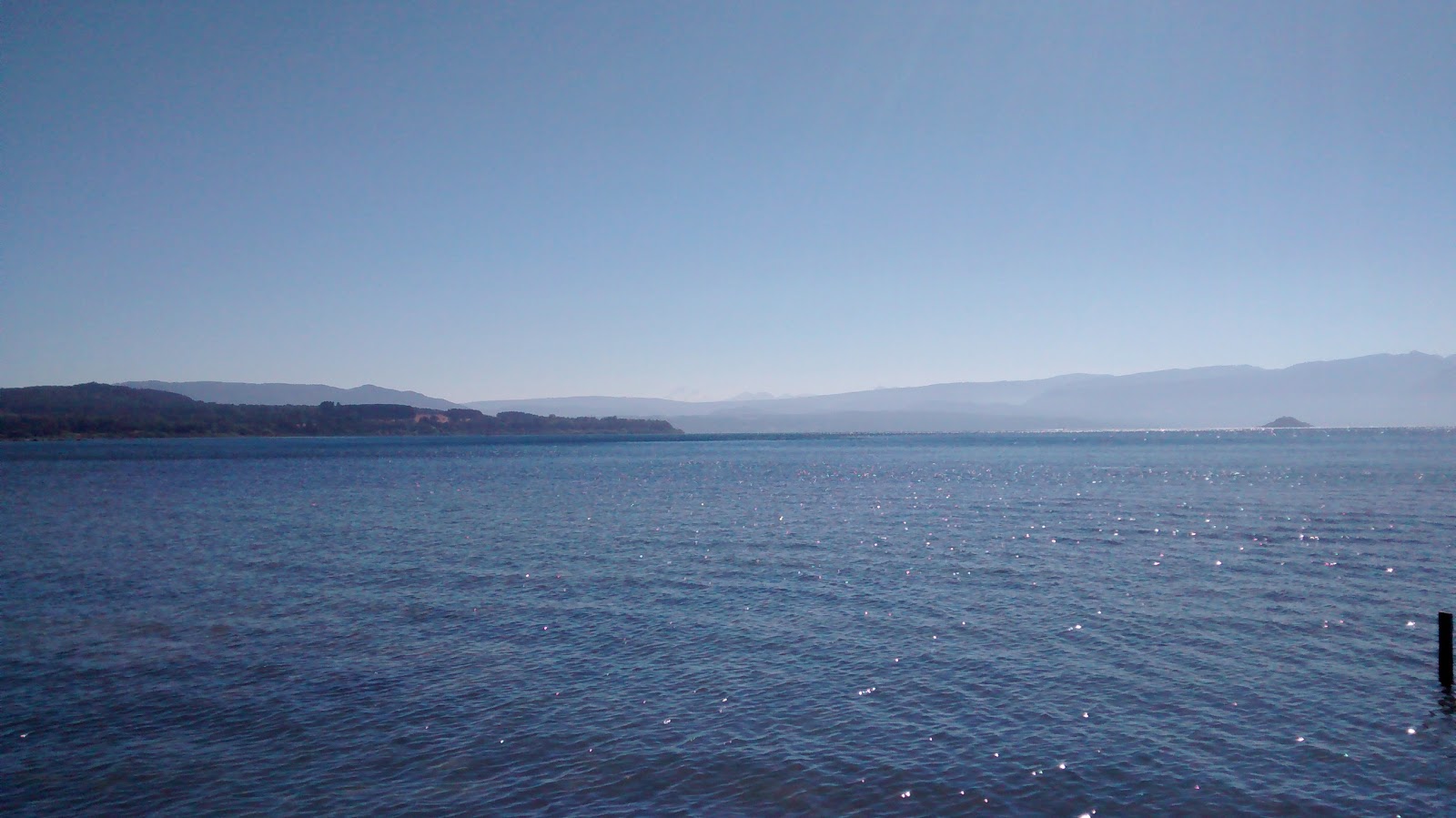 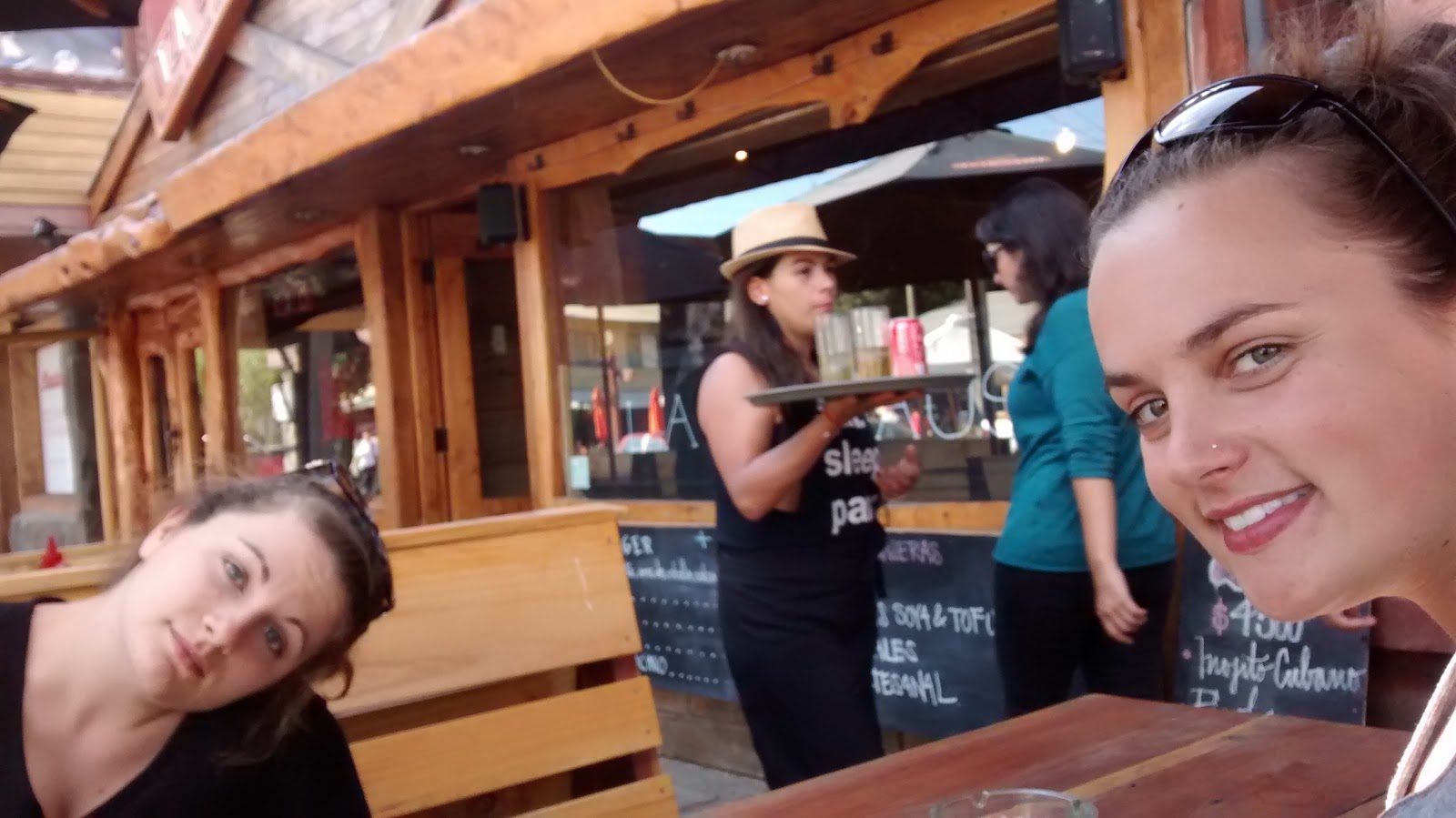 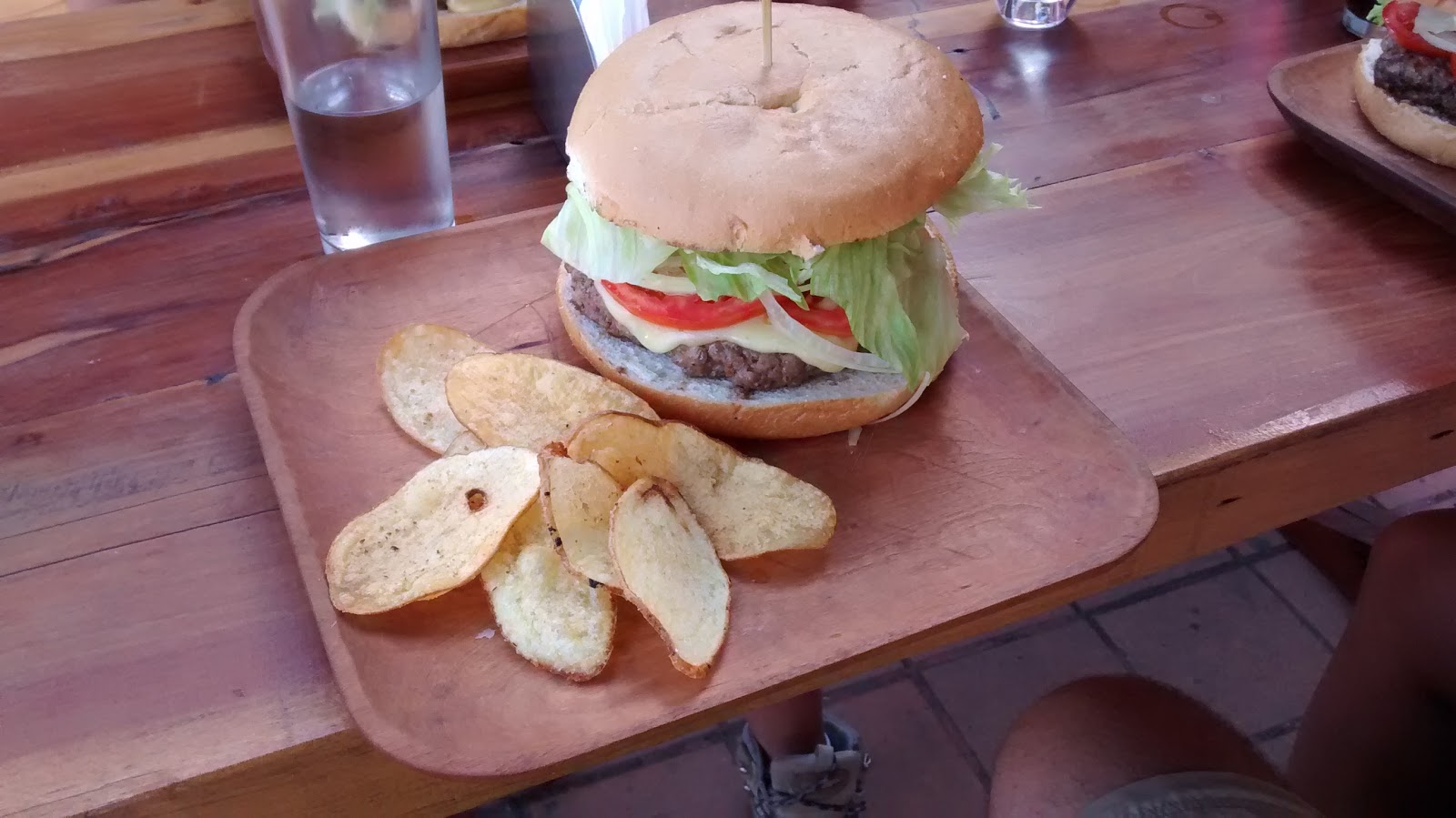 For whatever reason, burgers in Chile are massive, though not usually very flavorful. The one we had in Pucon was quite good, but most of the time they are slathered in mayo and a massive amount of Guacamole. In general, the food in Chile is pretty forgettable, but then we haven't eaten at any "upscale" restaurants, so maybe those are better, I don't know.

In Startup Chile news, we had "pitch day", which was actually two days and incredibly boring (I just don't like sitting still, it's a character flaw). We didn't get chosen to compete to "win" Startup Chile, but that's OK, we didn't really expect to since we are pre-revenue.

A couple of the companies were pretty interesting. One, Keteka, is especially cool. They partner with local guides and tour operators to provide authentic travel experiences, and income for people in areas that are off the beaten path. Jen actually booked her upcoming trip to Patagonia through them. 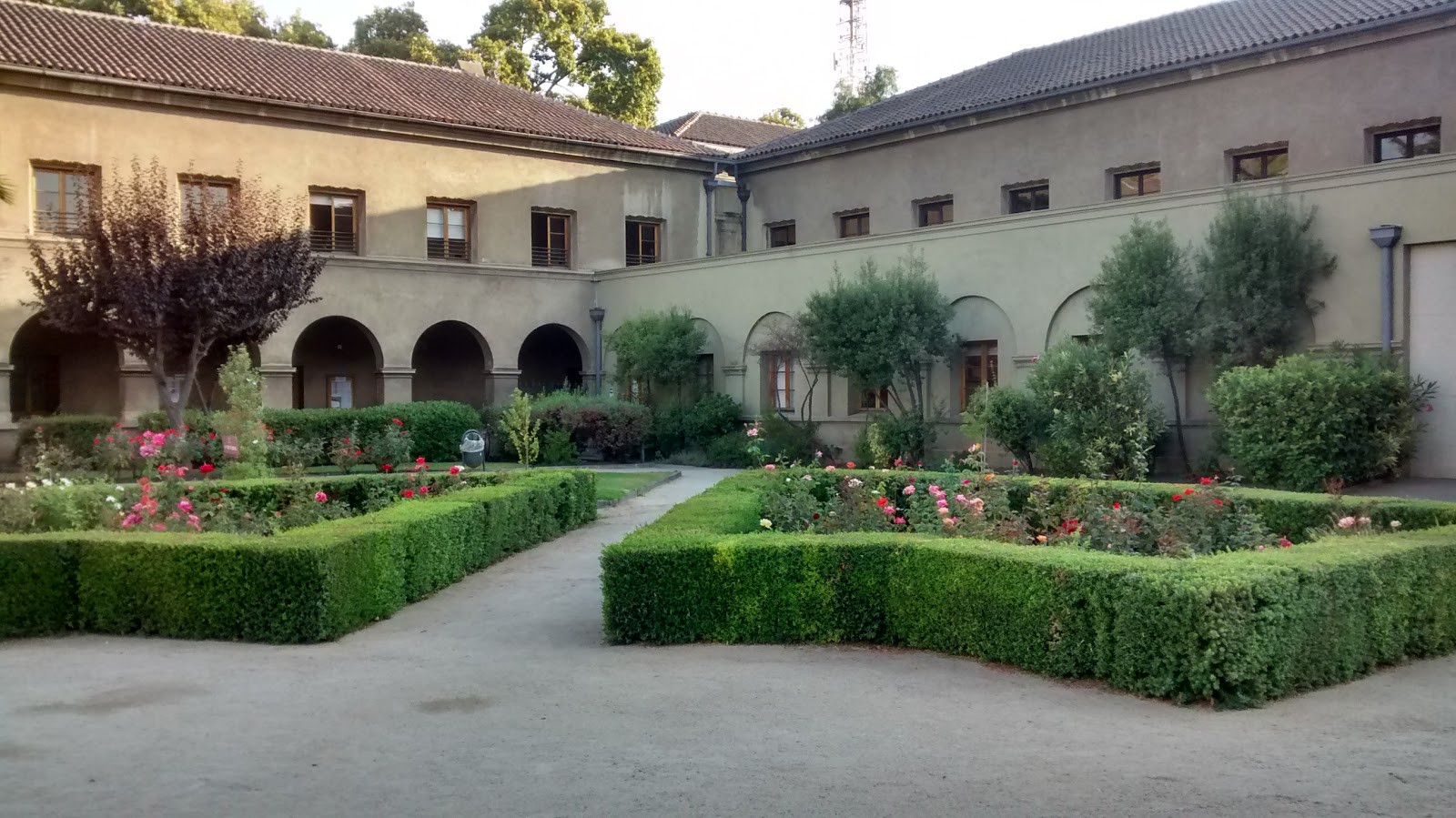 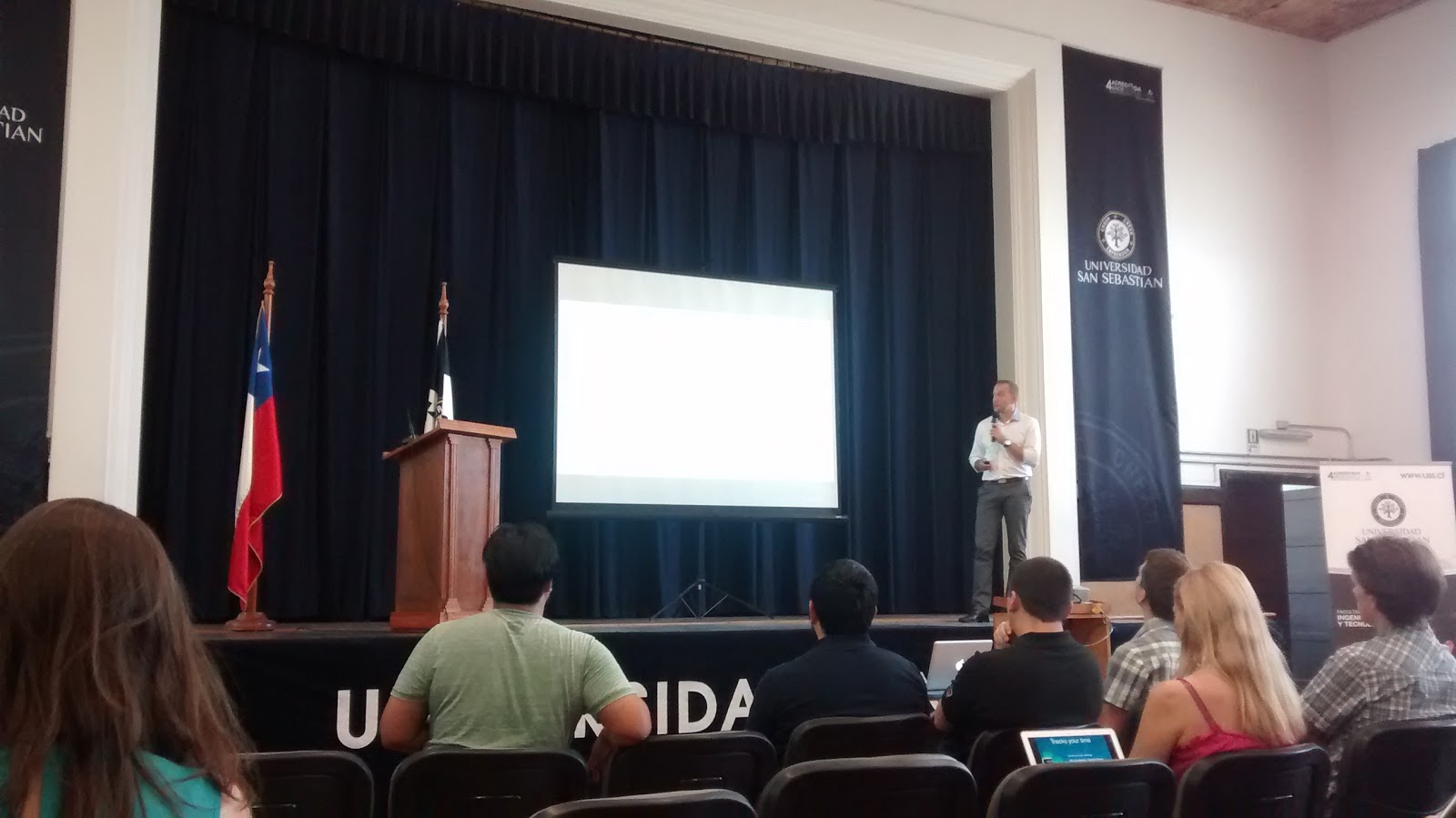 As mentioned above, Jen will be leaving for Patagonia, along with Will, and Will's dad and uncle. I am staying Santiago to hand in our Startup Chile paperwork, because if there is one thing more closely associated in my mind with Chile than Patagonia, it is massive amounts of pointless, soul-sucking, mind-numbing paperwork.
Posted by Unknown at 15:58