I had a couple new experiences in the last week. First, I tried Empanadas. They are similar to Hot Pockets, but much more authentic. I tried two different kinds, one with just cheese inside (and more of a flaky crust), and another, called Napolitana, with tomato, ham, and cheese. They were quite good, and they generally only cost about $1.50, which is a good price for a lunch.

Last Wednesday we got a deal on day-passes for an high-end co-working space called JustPeople in Las Condes (a Santiago neighborhood, think Chicago's South Loop with more office buildings if that means anything to you). It was extremely nice. We are considering signing up for a membership, depending on how good a deal we can get. I've included some pictures below. 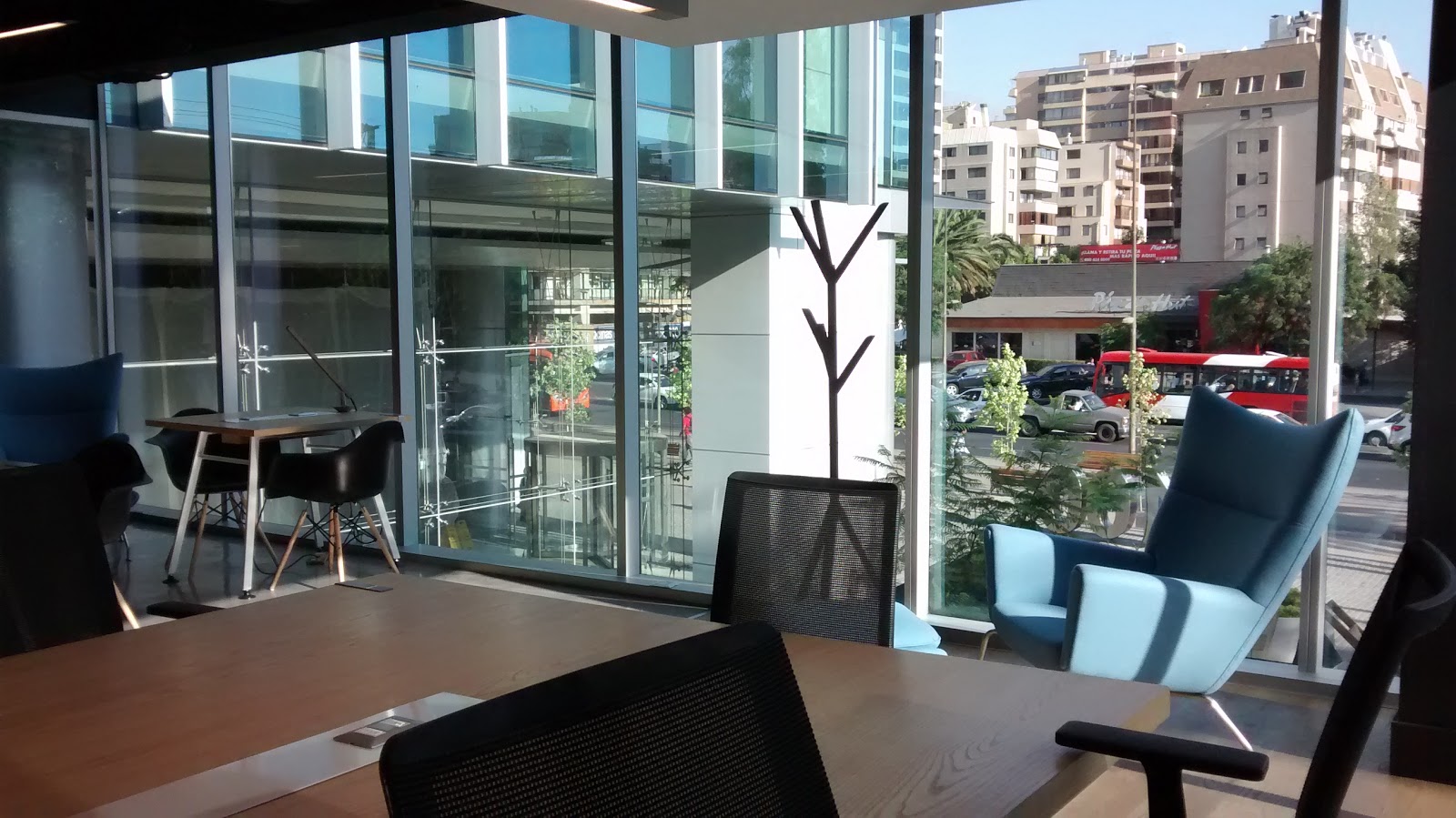 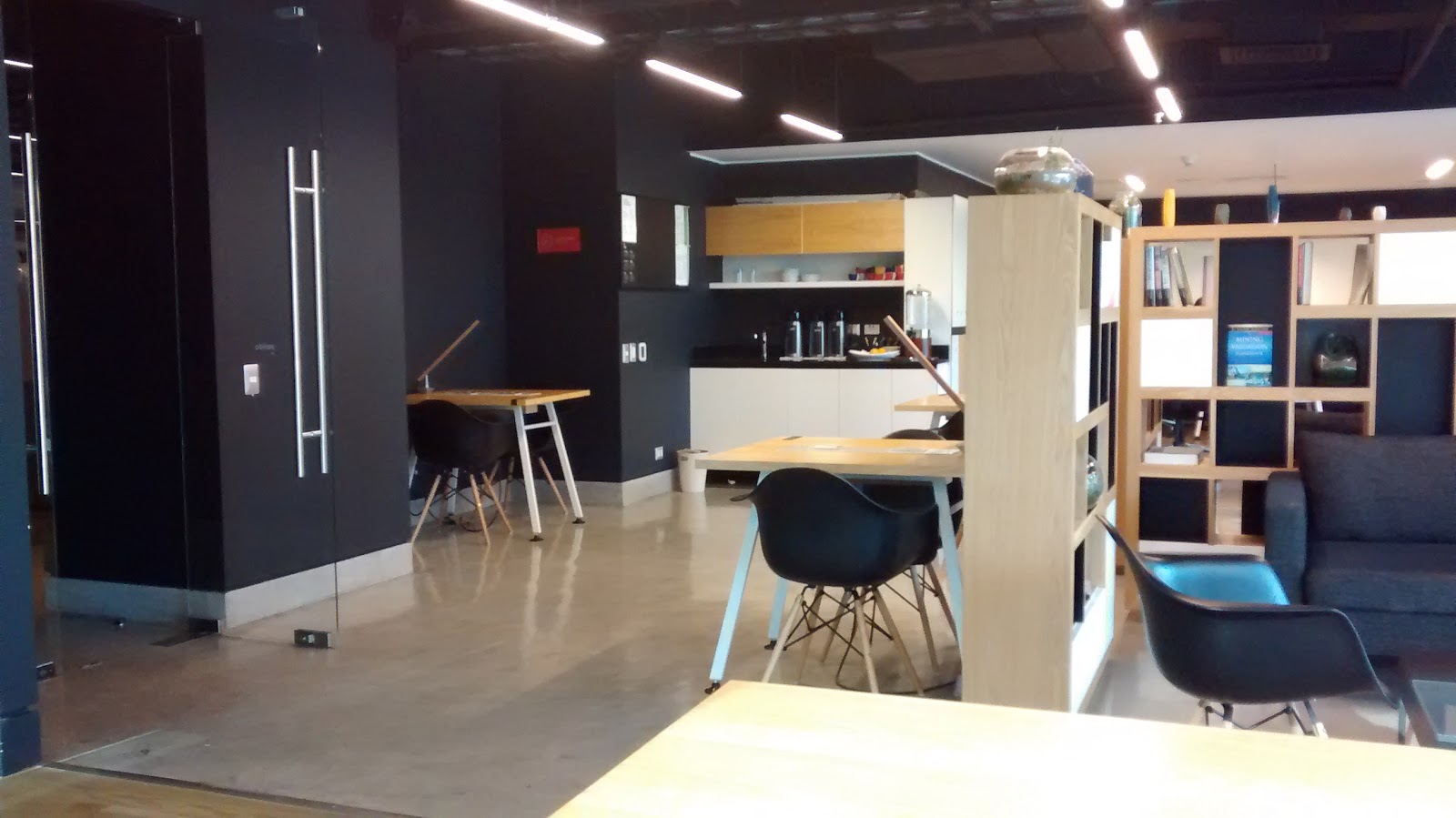 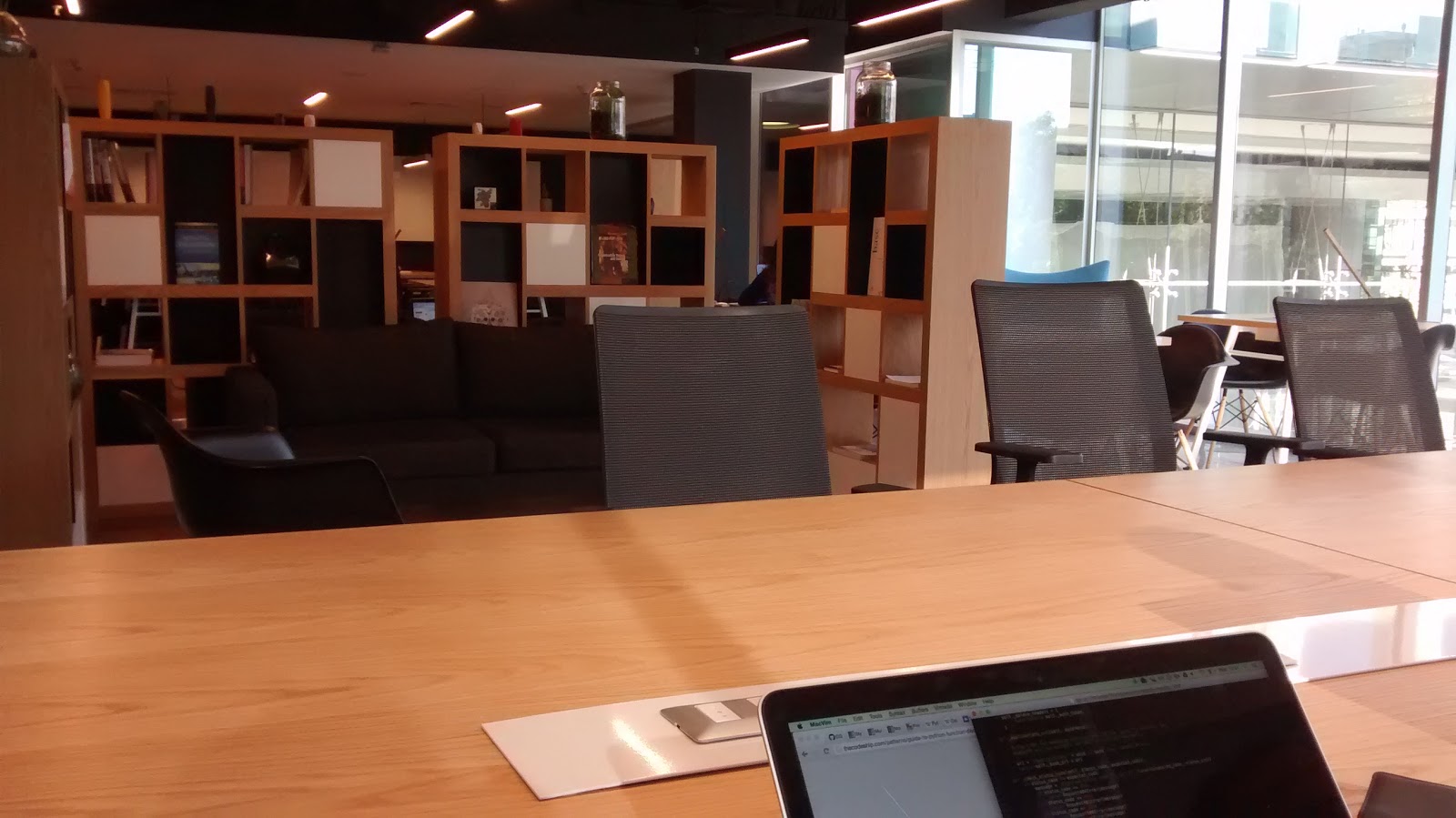 Will and I visited the young entrepreneur we are "mentoring" (I put that in quotes because I suspect he would do just fine without our advice). He is kind of a meta-entrepreneur. He and his team have started an agency that basically acts as a technical team-for-hire, but instead of being paid in cash, they take significant equity in the companies they work with. It is a very interesting business model. He and his teammates are all delightful people and we are looking forward to hanging out with them again this coming week. 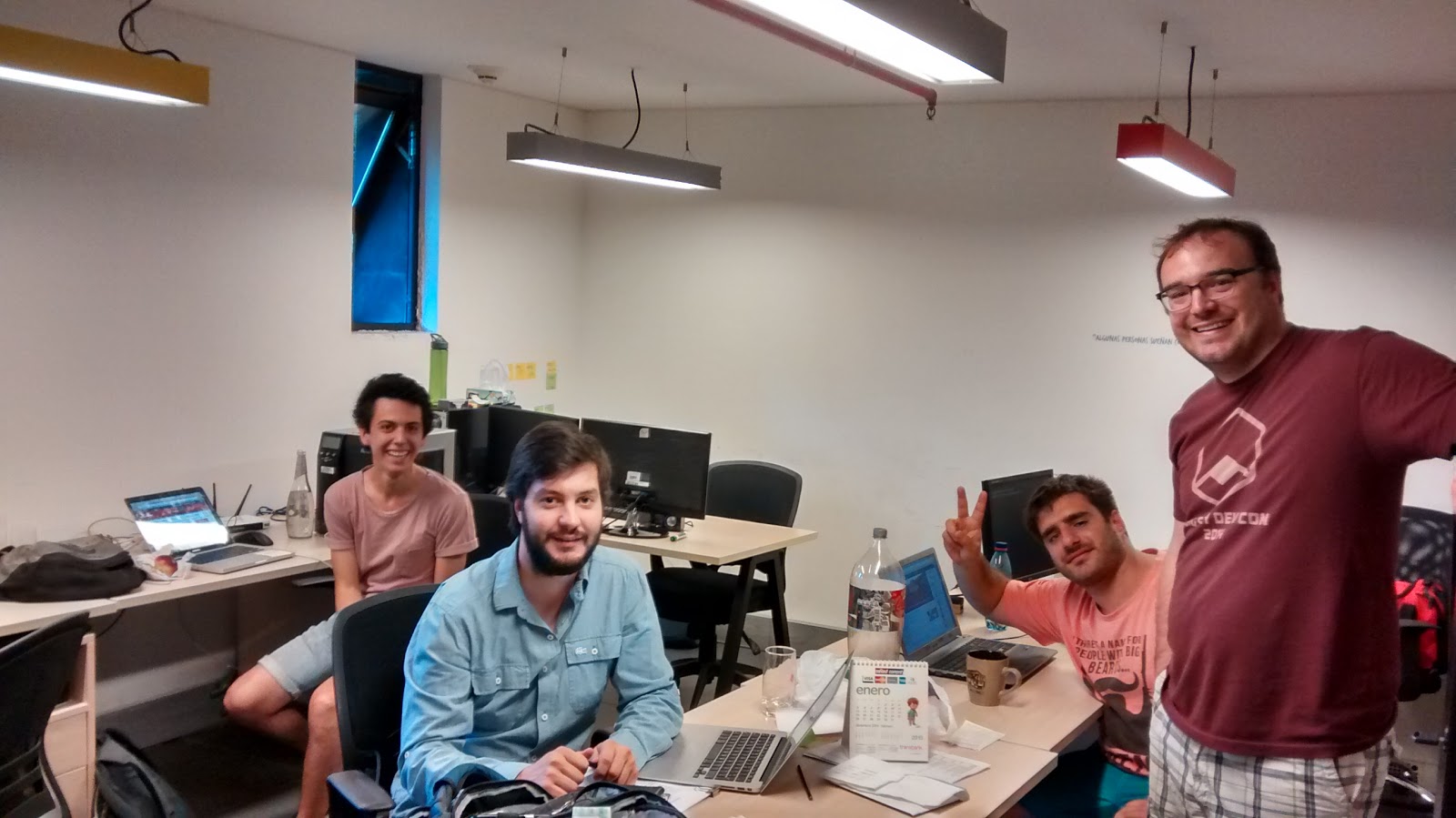 During some random wanderings, I found some random things. I got a picture of the (one of several, I would imagine) statue of Salvador Allende, whom the United States helped assassinate (because freedom, or something). I also found a statue of Abraham Lincoln that had been vandalized with the words "Operation Condor" (look it up), so there's that (no picture). To round out the political part of this post, I walked past the French embassy the other day and got a quick photo of the notes people had left in the wake of the Charlie Hebdo shootings. 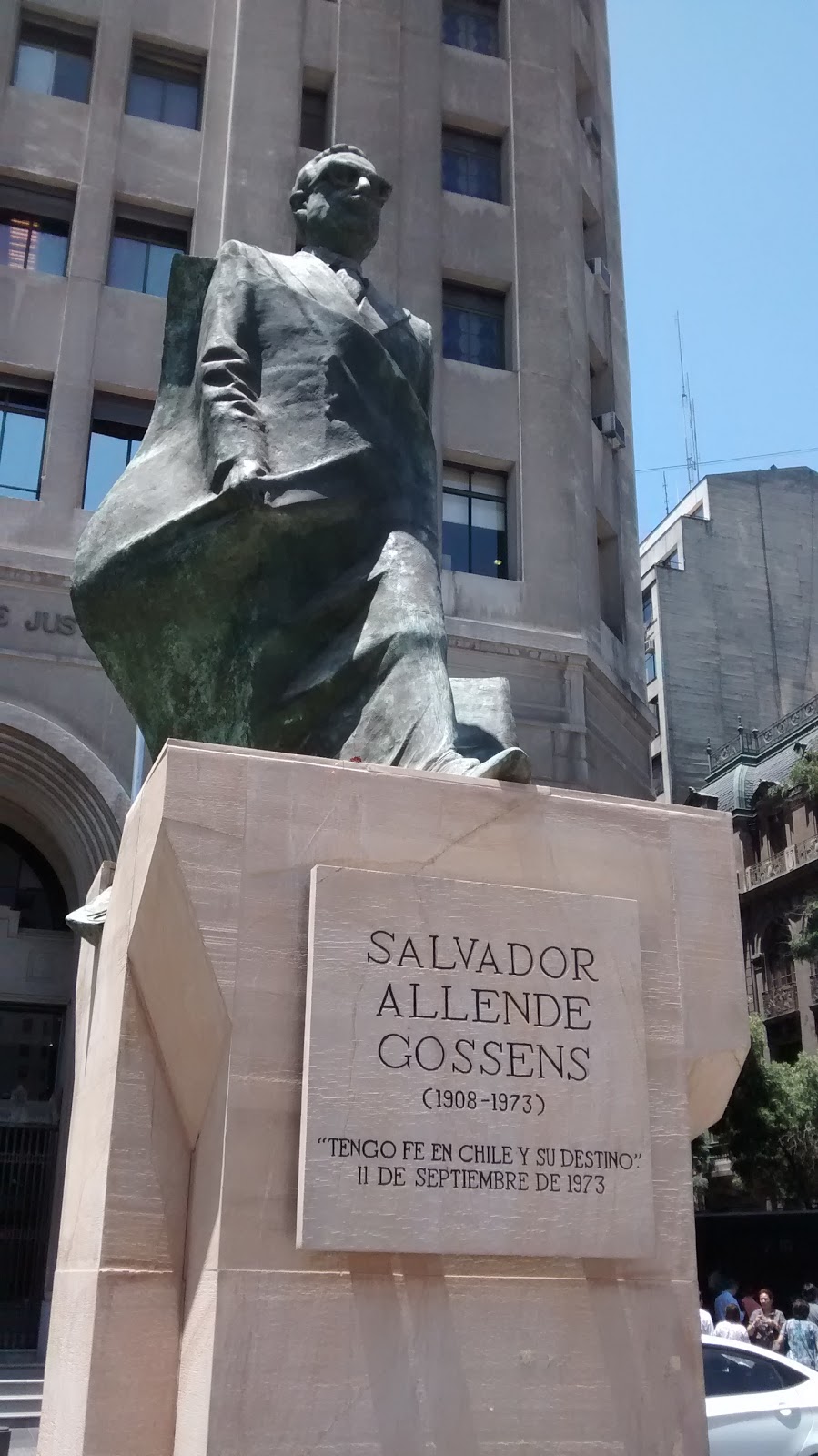 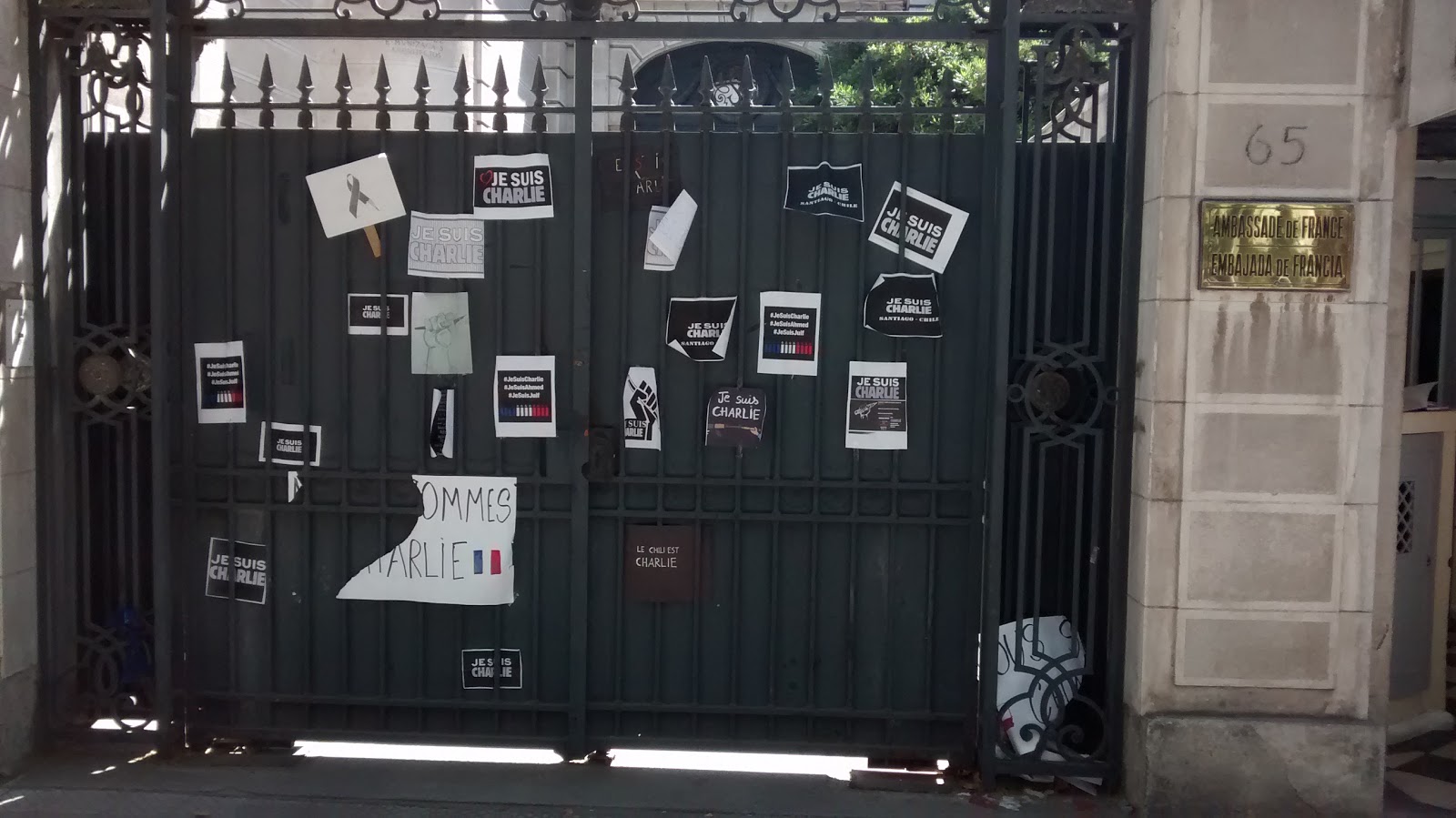 Finally, on Saturday Jen and I explored a very large park in Las Condes. It had a beautiful rose garden and some very interesting architecture. It was quite hot that day, so we spent some time sitting in the shade near the roses, but we made sure to walk around the entire perimeter. We also found a small Thai garden at one end. The asian influence is interesting. I think because we are actually further east than the east coast of the US, it is easy to forget that we are actually on the west coast of South America.

Two anecdotes from the park. First, you'll notice two statues made of greenery. The second one is pretty clearly intended to be Pope John Paul II (who visited Chile, to much celebration, during his tenure). As Jen and I walked up to it (from the side) she mentioned that it was interesting. I responded that yes, it appeared to be the Pope. She said "Oh, I thought it was some kind of wizard!"

Next, you can see that Jen made another canine friend this week. They seem drawn to her. Last week our friend left us when we started going up too many stairs. This week's dog appeared to loath the sun, so once we left the shady section of the park he stayed behind. 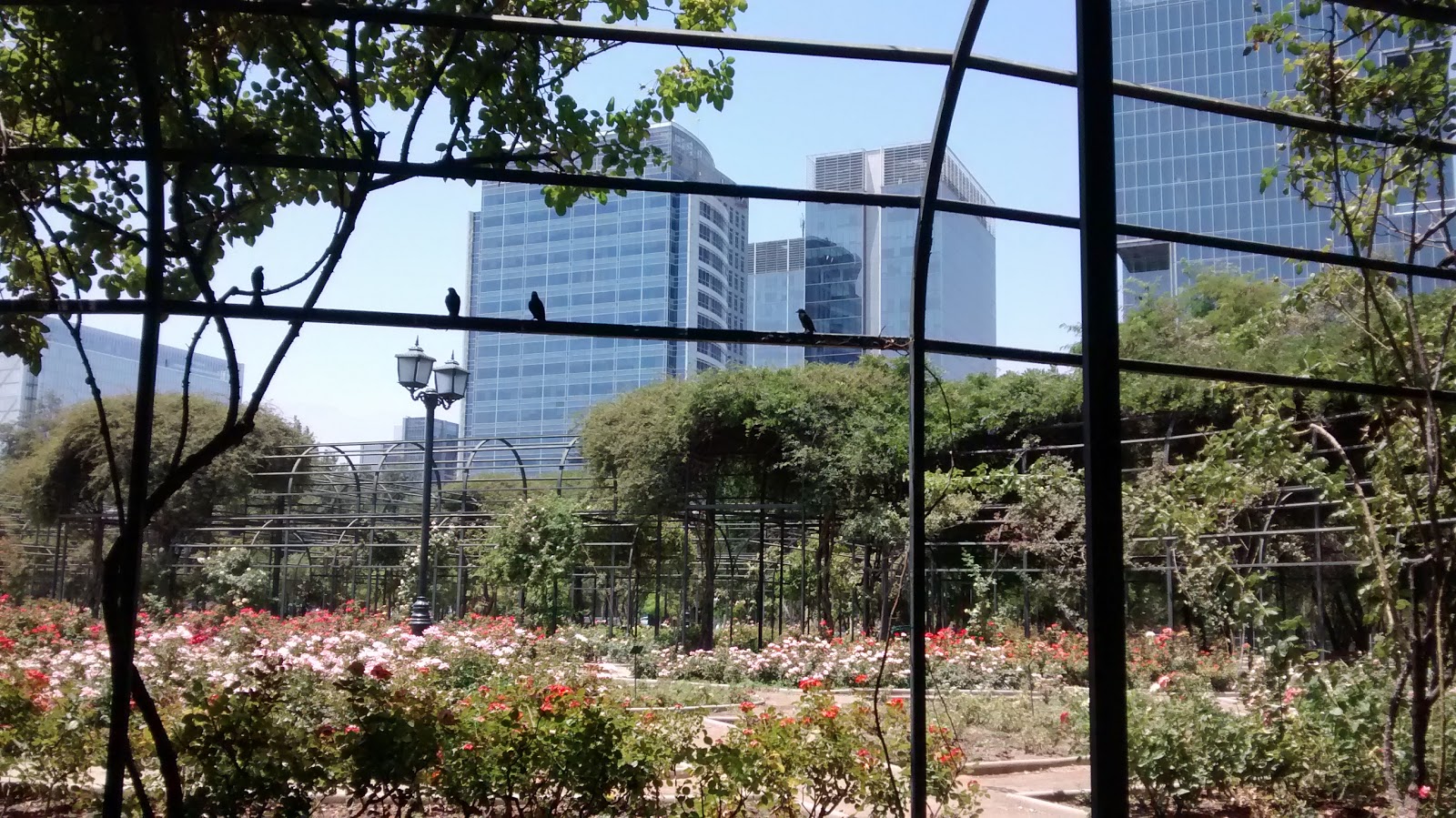 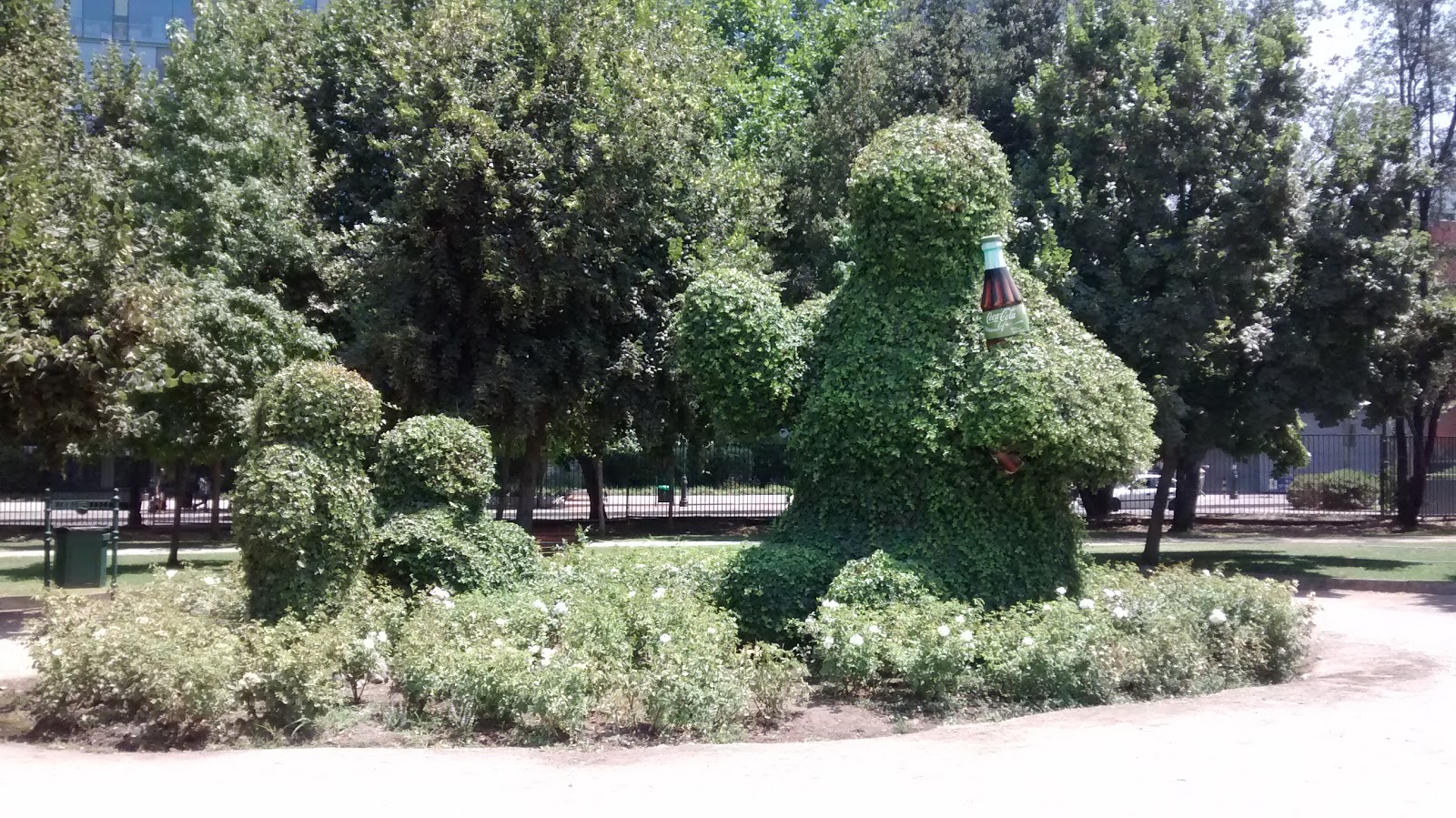 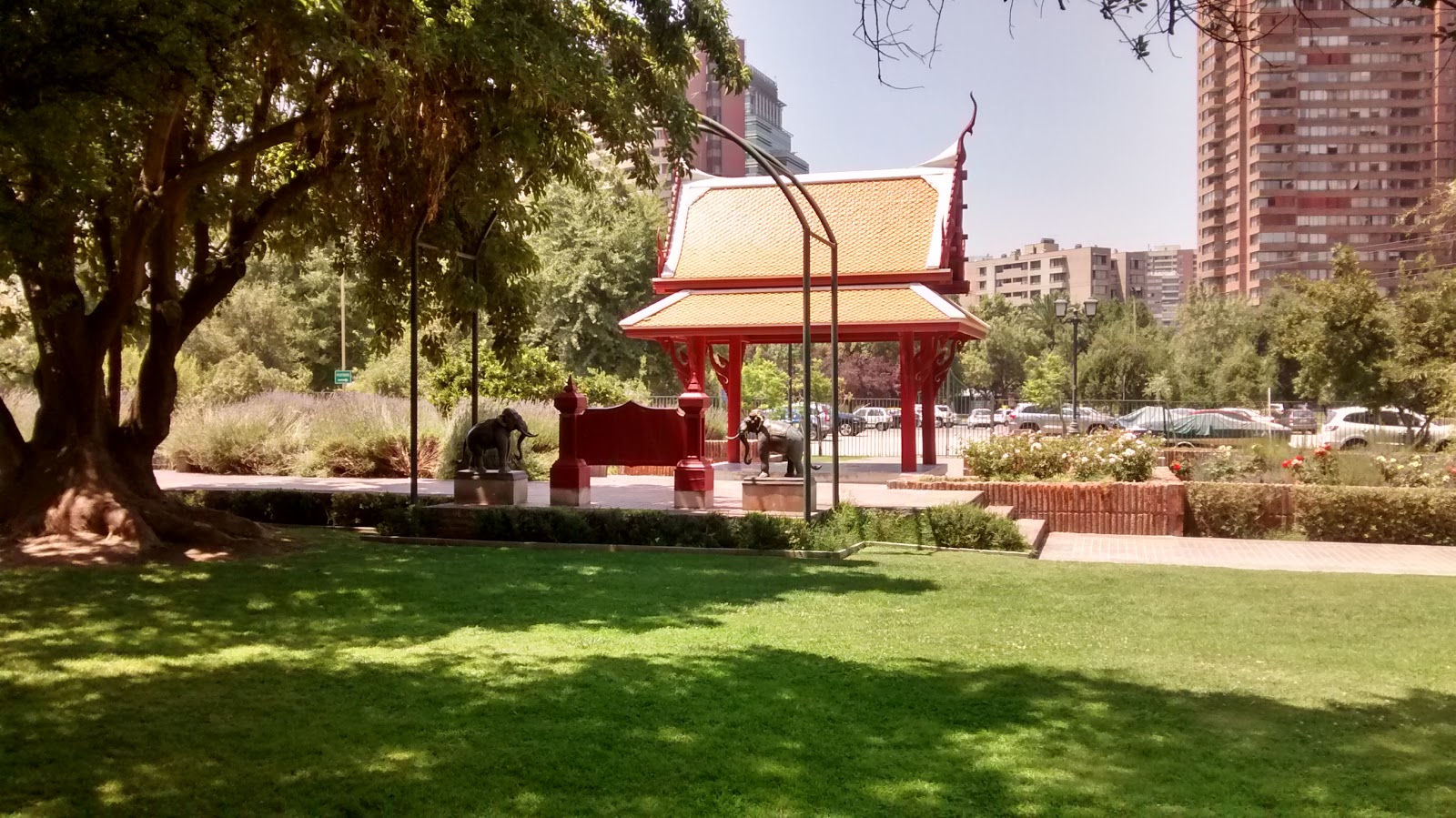 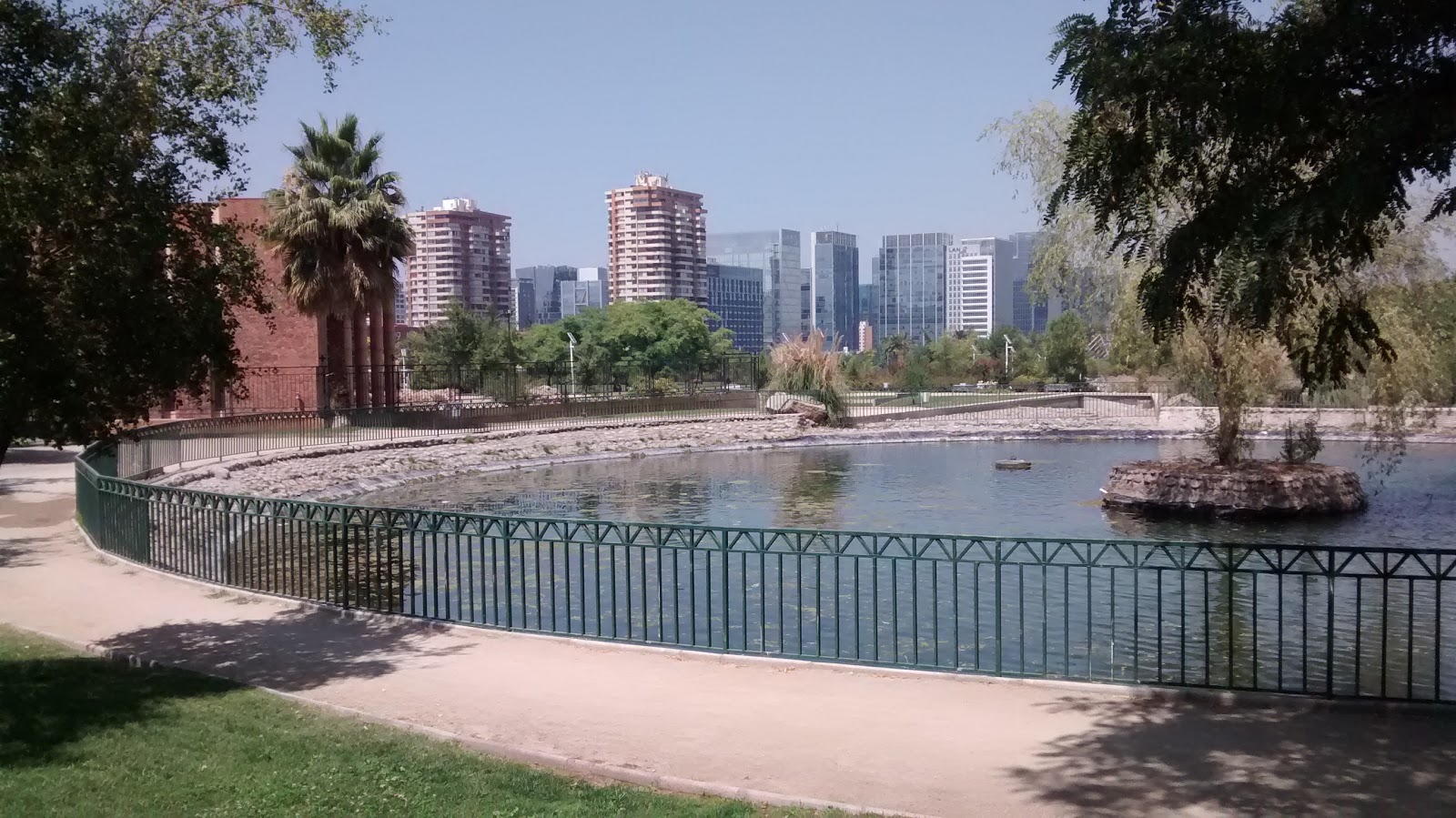 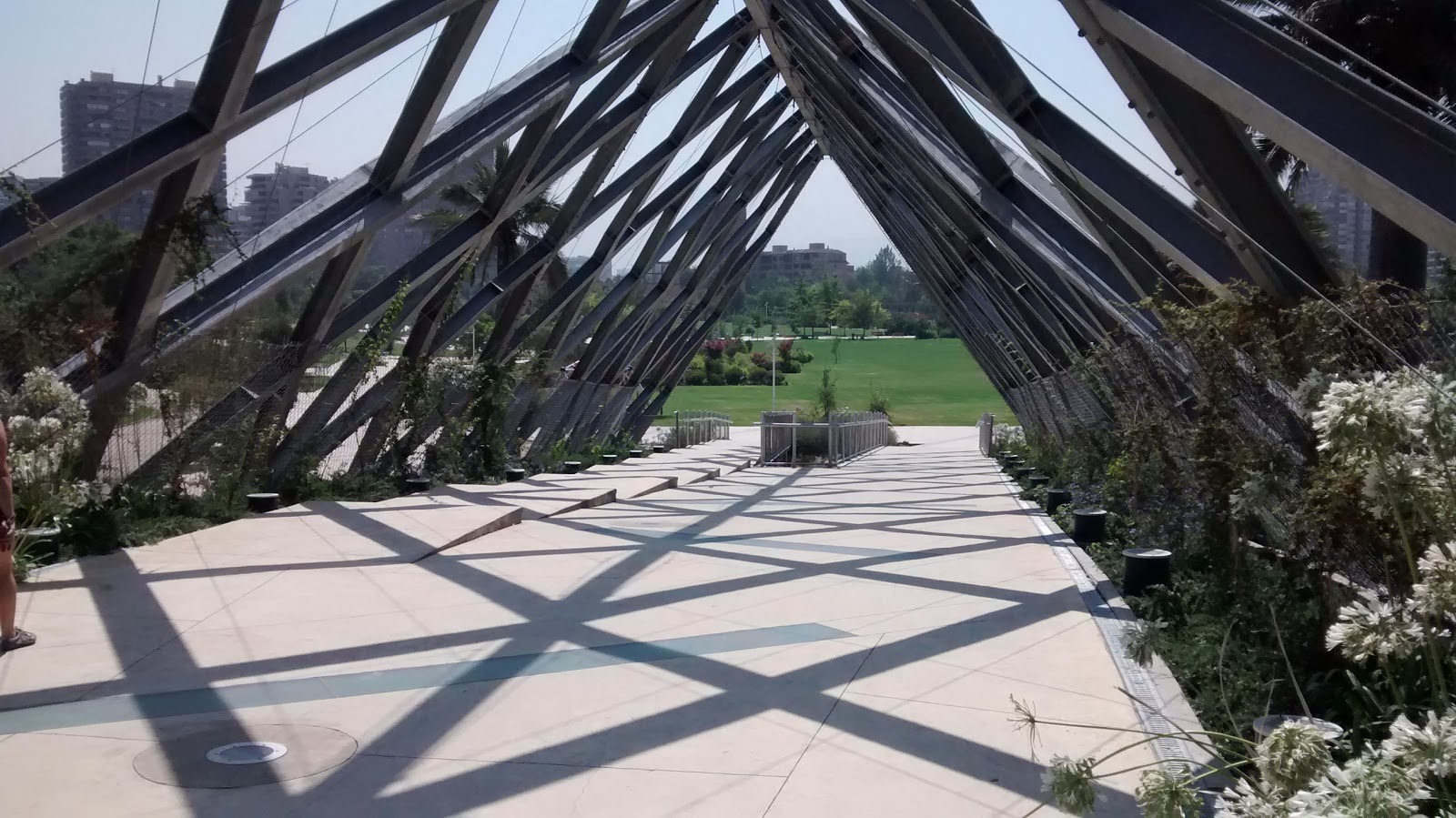 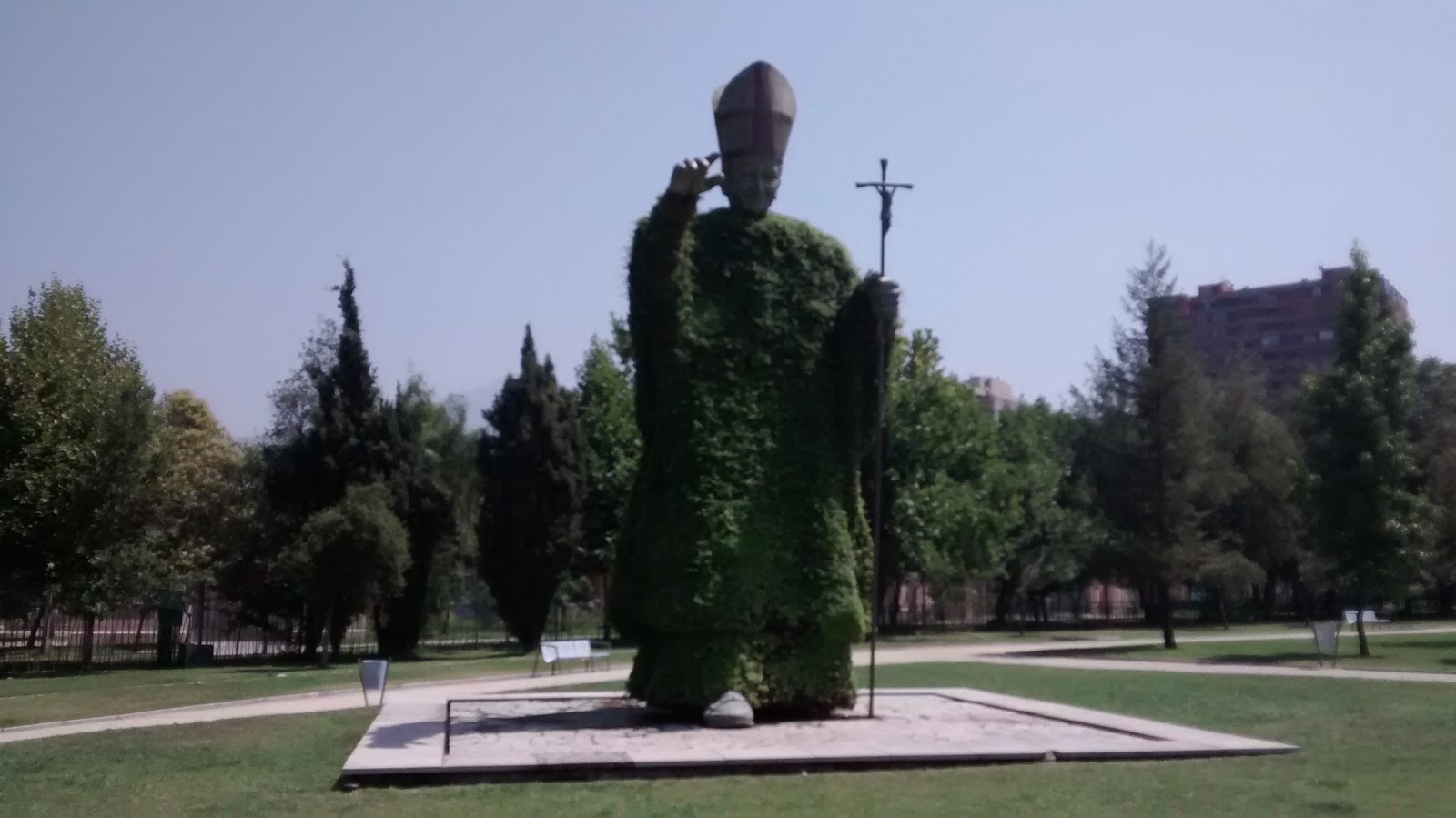 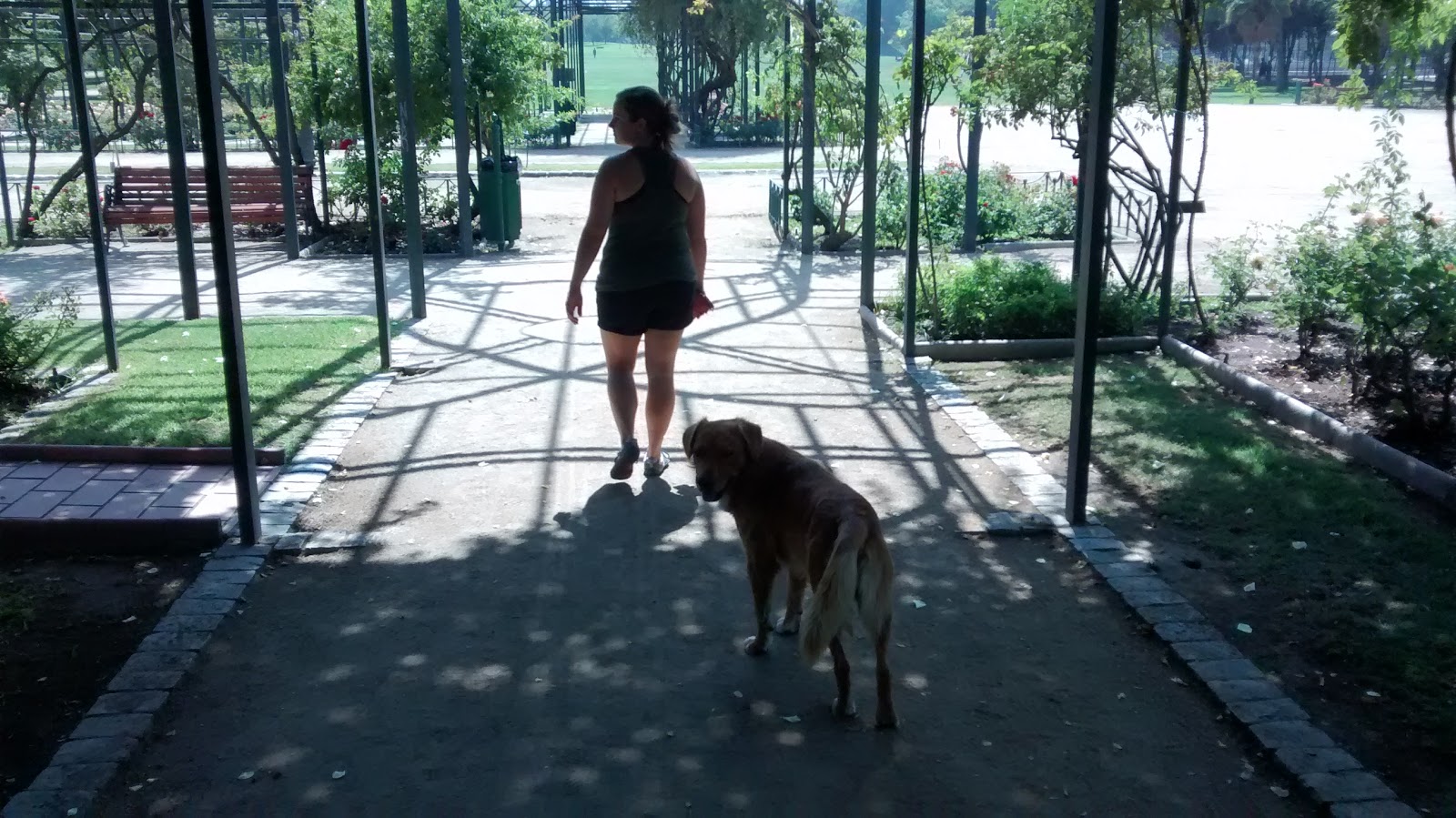 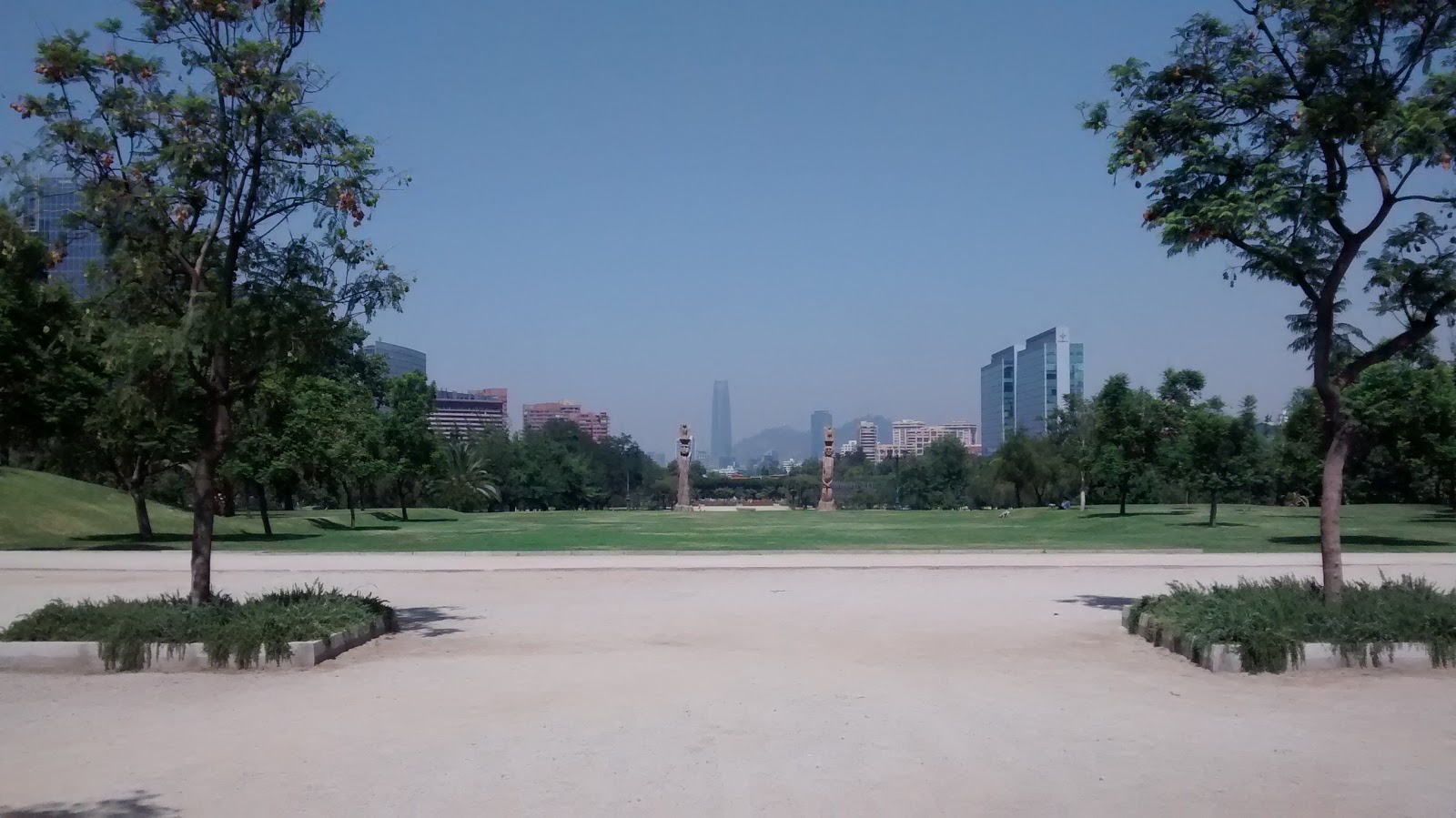 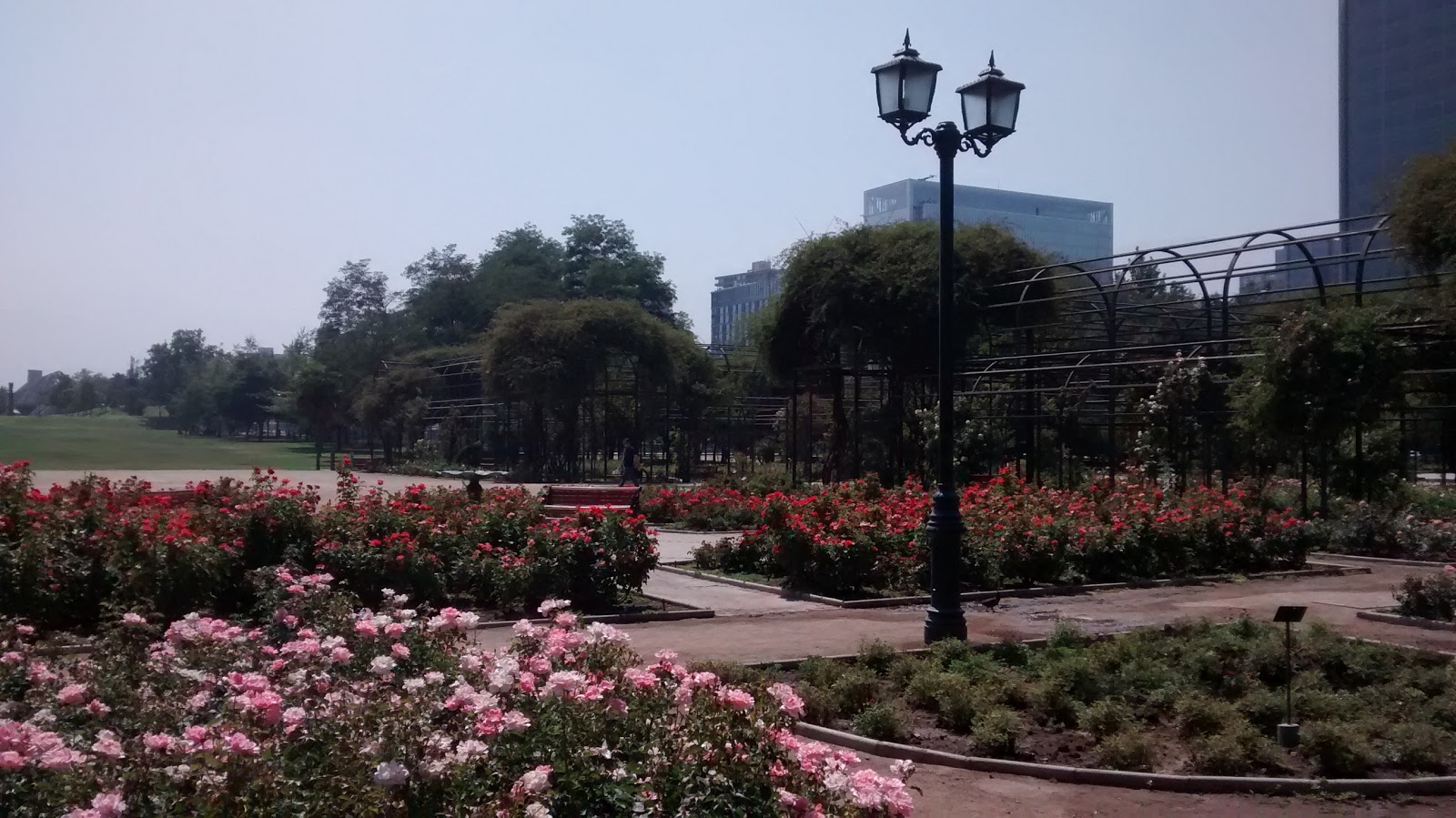 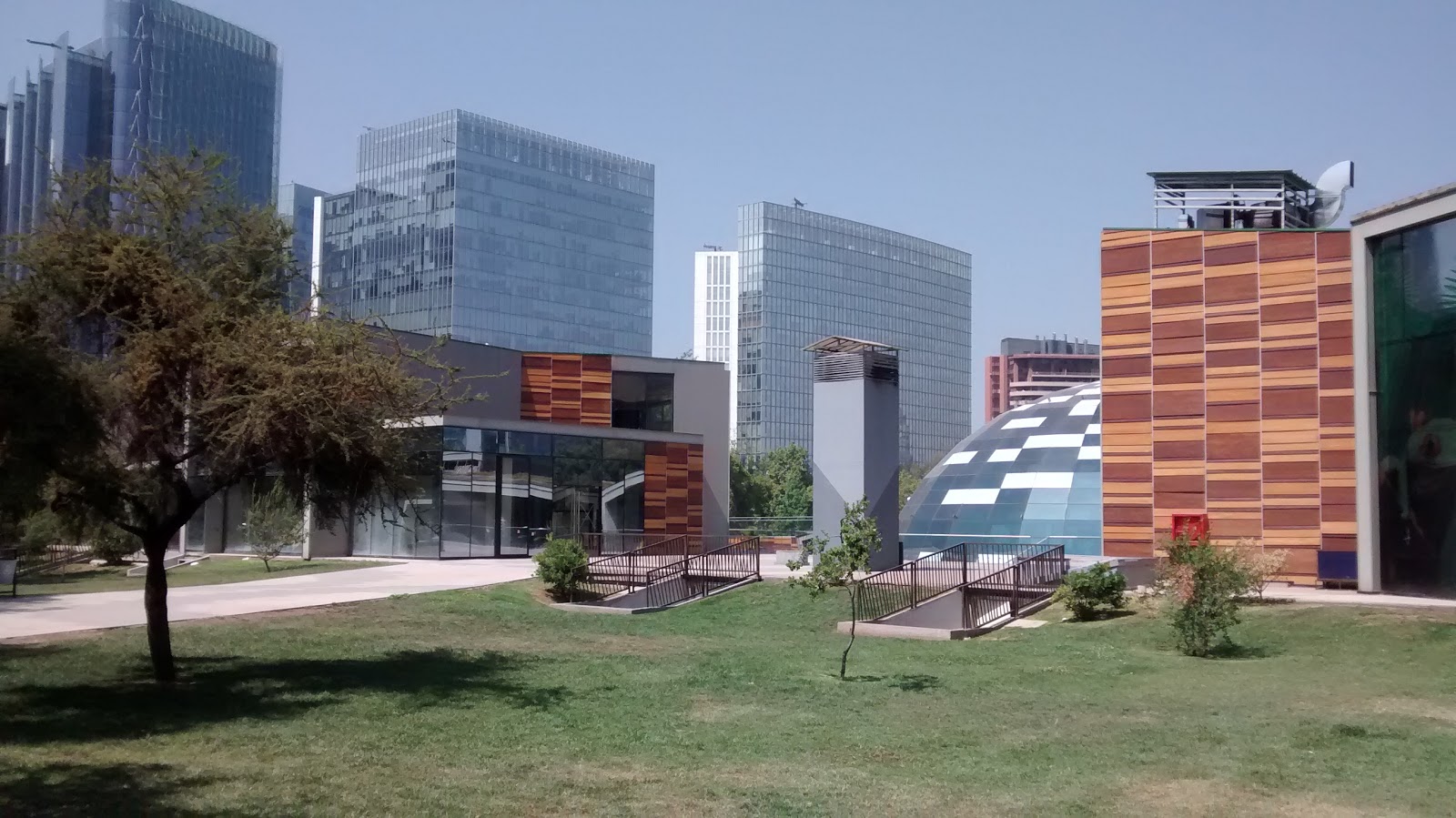 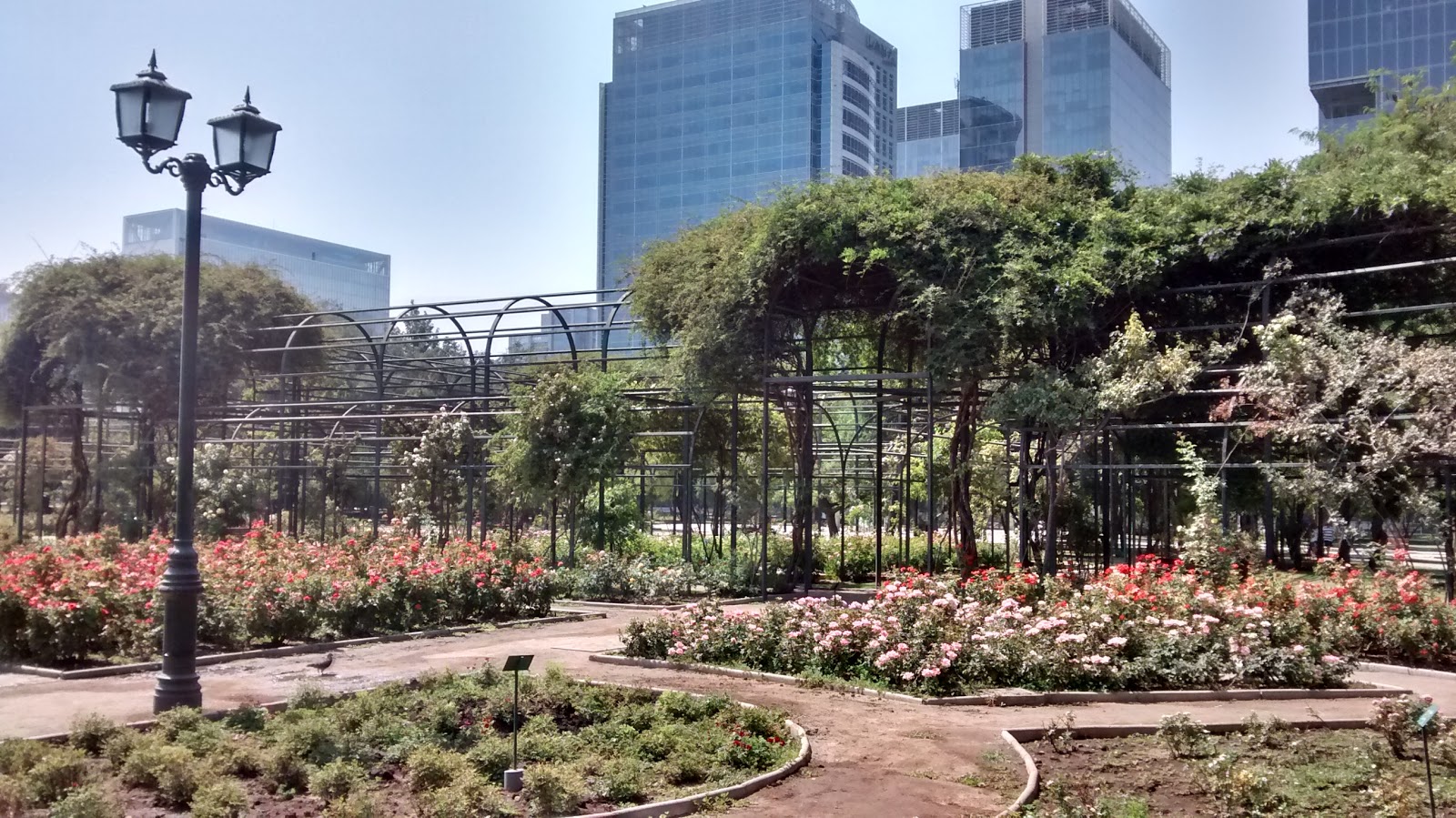